Modern apartments are needed in Tallinn 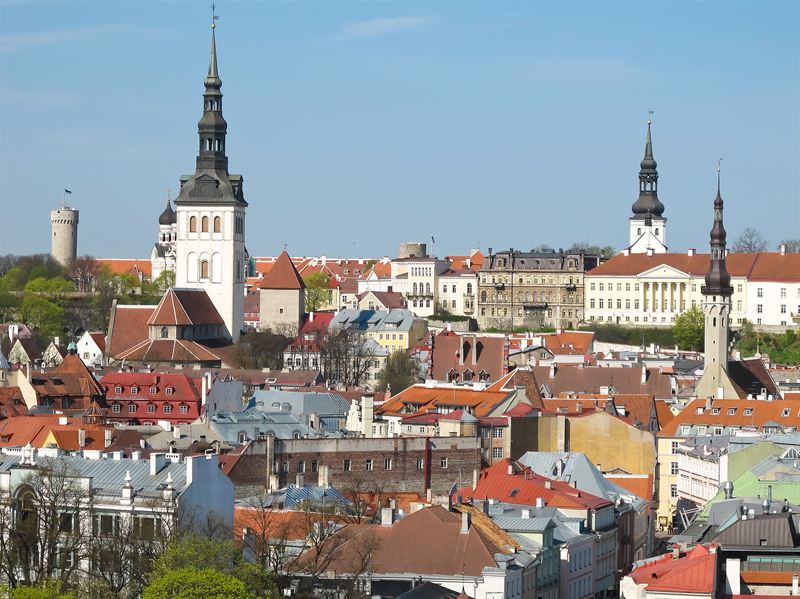 Many Finns have bought a second home in Tallinn or Pärnu, but recently, Tallinn has also become a city that interests people who are looking for investment properties. Many foreign experts who are not interested in the old building stock have already come to the city.

YIT Ehitus has been constructing in Estonia since the early 1990s. Its operations have always been diverse: from apartment buildings and shopping centres to factories, schools, prisons and offices. YIT Ehitus has both private individuals and public operators as its customers.

“Our main field of business has always been self-developed housing construction and own development. YIT Ehitus has a good reputation, both as constructor and developer. Our current, 20% market share has made us an important operator, particularly in the building construction market in Tallinn,” says Tom Sandvik, Head of Central Eastern Europe division.

Tallinn is a natural choice for a city to focus on; one-third of the Estonian population lives there. According to forecasts by Statistics Estonia, population numbers will decrease in all other areas except the counties near Tallinn and Tartu over the next twenty years.

“Tartu is an interesting university town, and we have already had some construction projects in the city. We have invested in industry and energy in Narva, and we have a regional office in Pärnu, where we are also constructing. But our apartment business is focused on Tallinn,” Mr. Sandvik continues.

Apartments for the new workers

The Estonian economy has grown steadily since 2010, and it has now recovered from its momentary weakening. Estonian business culture is very inspiring, and many ITC and financial companies in Tallinn are actively recruiting employees from abroad. Tallinn has also become home to a number of financial services centres. New jobs create the need for modern apartments.

“The economic growth is reflected, for example, in the growing demand for apartments. This has given us the confidence to start new development projects,” Margus Põim, General Director of YIT Ehitus says.

Apartment prices have gone up in Tallinn in recent years. However, Mr. Sandvik believes we have already seen the fastest growth in prices. It seems like the trend of apartment prices that rise faster than the inflation rate is here to stay.

Mr. Põim estimates that the prices have gone up by about 30–40% in the last five years, depending on the neighbourhood.

The most sought-after apartment types in Tallinn are single- and two-room apartments. Quite a few Finns have bought an apartment in Tallinn or Pärnu, because the prices of apartments in Estonia are still low from the Finnish perspective. Some buy their apartments for investment purposes.

The main difference is in the kitchen

Soviet-era apartment buildings are still common in Estonia, and the energy-efficiency of these buildings is nowhere near today’s standards. This is why many Estonians dream of living in a modern home that uses energy sparingly.

“Our customers know the recent trends in construction and interior decoration. They have high hopes and expectations for their new home. The buyers of more up-scale apartments want their home to be personal and unique, which means additional and alteration works for us,” Mr. Põim says.

The typical way of finishing the kitchen differs between Finland and Estonia. In Finland, a fully equipped kitchen is considered to be part of the apartment, whereas in Estonia, apartments are usually sold without kitchen and bedroom fixtures. Apart from that, Estonian apartments are sold fully finished, including bathroom finishes.

“The kitchen is an important part of housing and housing comfort for us. Estonian families want to buy their own kitchens and choose what they will be like. They are not interested in standard solutions,” Mr. Põim comments.

The demand for customised solutions has positive employment effects: there are many companies in Estonia that specialise in kitchen solutions and tailor-made kitchens.

Bureaucracy in construction in Estonia is similar to western countries. Permit processes are smooth, and developers can anticipate things, which is important.

“We have had some commercial property development projects in Tallinn. We have developed offices or business premises, found the tenants, and sold the buildings to investors. We intend to continue similar operations,” Mr. Sandvik says.

Estonia has been under both Russian and Swedish rule during its history. The University of Tartu was founded in 1632, while Estonia was still under Swedish rule. Swedish rule ended with the Treaty of Nystad in 1721, as Estonia was transferred to Russia. Nationalist awakening began in Estonia in the mid-19th century. The position of peasants also improved in 1861 when serfdom was abolished.

Estonia gained independence in 1918, but it was incorporated into the Soviet Union in 1940. The country restored its independence in 1991 after the dissolution of the Soviet Union. Estonia became a member of the North Atlantic Treaty Organization in 2004, and joined the European Union in the same year. Estonia adopted Euro as currency in 2011, after it had gained control of its inflation. 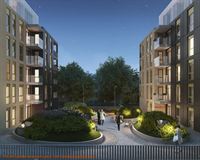