The consortium operated by YIT and Keva has been chosen as the developer for the extension of a growth company campus in Helsinki, Finland 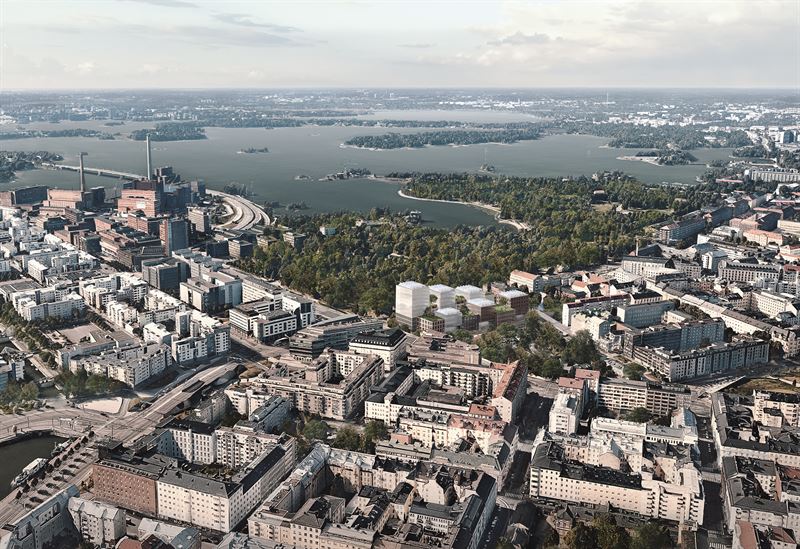 According to a decision by Helsinki city council, a growth company campus, attracting ambitious growth companies and units as tenants, of about 70,000m² is to be developed in the inner city in the Maria Hospital area.

A consortium operated by YIT and Keva has been chosen as the developer for the current growth company campus extension into the old Maria Hospital area right by Helsinki city centre, Finland. The city council’s trade department has on November 19 issued a decision about development allocation to the consortium’s project. According to the allocation, the development period will continue until the end of 2020 when the planned expansion works will commence. The expansion is due to be completed in 2023.

The area will create the opportunity for open innovation and the development of ambitious teams from startups to growth companies. The starting point of this development is that world-changing solutions are created through encounters, cooperation and quick experimentation.

“Our objective is to build on top of Helsinki’s startup eco-system’s strengths and continue the work, which has already been systematically done for decades. The area will become a campus dedicated to problem-solvers, whose companies will develop solutions for the most important challenges of our time,” stated Industryhack General Director Petri Vilén, who was a part of the development of the concept.

The business premises will also be tailored to the needs of growth companies. A team can work in house from idea development to the point that it is already a company on the brink of growth. The campus premises and their rental agreements support both temporariness and the need for quick premises changes.

“A company eco-system, where different actors will supplement each other, will be formed within the growth company campus. We already have a solid foundation for progress, however new actors are welcome,” says senior project director of YIT Olli Viita.

Finland and Helsinki are ideal locations for growth companies and companies investing in them.

“We have the experience, know-how and courage to attempt city development solutions, and now, due to Helsinki’s growth company campus project, a physical space to offer to both Finnish and foreign growth companies and investors,” says YIT’s urban development EVP Juha Kostiainen.

The Maria Hospital area will contain approximately 70,000m² of business premises. The objective is to bring around 650 new operators into the area and to create a minimum of 4000 new jobs.

In addition to the lead companies, YIT’s and Keva’s consortium is comprised of a total of 23 companies which provide the growth company campus with various innovative services and solutions, contribute to the project with their managerial and growth company expertise and further develop the project’s functional concept as well as the architectural elements reflecting it.

YIT is the largest Finnish and significant Northern European construction company. We develop and build apartments, business premises and entire areas. We are also specialised in demanding infrastructure construction and paving. Together with our customers, our 10,000 professionals are creating more functional, more attractive and more sustainable cities and environments. We work in 11 countries: Finland, Russia, Scandinavia, the Baltic States, the Czech Republic, Slovakia and Poland. The new YIT was born when over 100-year-old YIT Corporation and Lemminkäinen Corporation merged on February 1, 2018. Our pro forma revenue for 2017 was over EUR 3.8 billion. YIT Corporation's share is listed on Nasdaq Helsinki Oy. www.yitgroup.com/en