YIT has started several apartment building projects during April and May 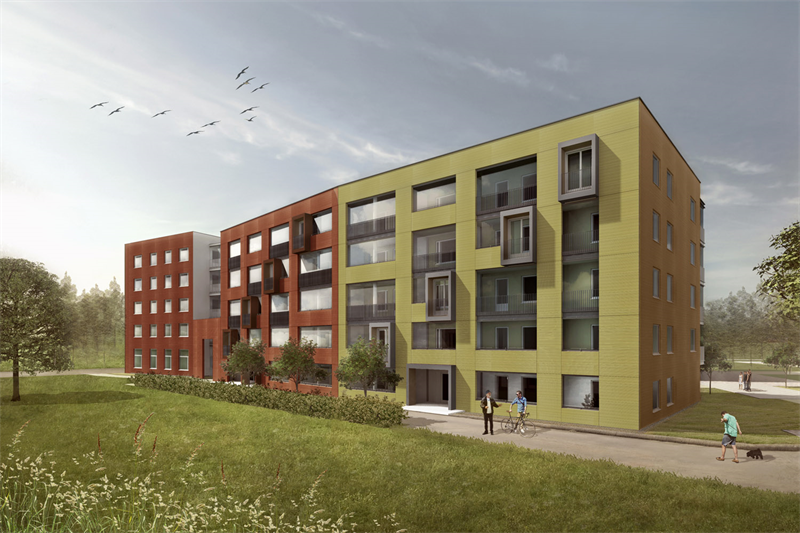 YIT has started several apartment building projects during April and May. The largest of the started projects include Helsingin Pikkutylli, Kauniaisten Kreivi and Vantaan Koukku, among others, with value of approximately EUR 50 million in total. The start-ups of the apartments are booked in the second quarter of the year.

As Oy Helsingin Pikkutylli is located in Lauttasaari, Helsinki, Finland. The value of the project is over EUR 25 million, and it will comprise of almost 50 apartments to be completed during the first quarter of the year 2020. It is the third project to be constructed in the city block developed by YIT, providing unique living conditions nearby the sea.

As Oy Kauniaisten Kreivi is located in Koivuhovi, Kauniainen, Finland. The value of the project is almost EUR 15 million, and it will comprise of almost 50 apartments to be completed during the second quarter of year 2020. The new city block of Koivuhovi will be constructed close to the Koivuhovi railway station next to the central park of Espoo.

As Oy Vantaan Koukko is located in Aviapolis, Vantaa, Finland close to Jumbo shopping mall, Aviapolis railway station and Helsinki Airport. The value of the project is approximately EUR 10 million and it will comprise of over 40 apartments to be completed in June 2019.

YIT is the largest Finnish and significant North European construction company. We develop and build apartments, business premises and entire areas. We are also specialised in demanding infrastructure construction and paving.  Together with our customers our 10,000 professionals are creating more functional, more attractive and more sustainable cities and environments. We work in 11 countries: Finland, Russia, Scandinavia, the Baltic States, the Czech Republic, Slovakia and Poland. The new YIT was born when over 100-year-old YIT Corporation and Lemminkäinen Corporation merged on February 1, 2018. Our pro forma revenue for 2017 was over EUR 3.8 billion. YIT Corporation's share is listed on Nasdaq Helsinki Oy. www.yitgroup.com