Half term: Last chance to enter the Orb 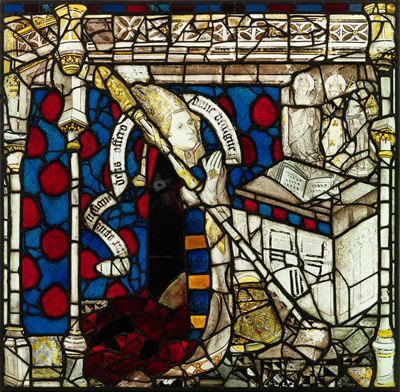 VISITORS to York Minster this half term will be among the last people to see at close range restored, 600-year-old stained glass panels from the Great East Window.

Five medieval masterpieces are currently on show in the cathedral’s Orb attraction, which permanently closes on 31 May so York Glaziers Trust can start the epic task of returning the glass to the window.

The Orb opened in October 2012 to allow visitors to learn about the work to restore and conserve the cathedral’s East End, which is one of the largest projects of its kind in Europe.

More than 1.4million people have had the once-in-a-lifetime chance to view more than 30 different pieces of restored stained glass from the window, which is the largest single expanse of medieval glass in the country.

“The Great East Window is one of the great artistic achievements of the Middle Ages,” explained Sarah Brown, Director at York Glaziers Trust. “It takes between 400 and 600 hours to restore each stained glass panel and the Orb has given people the chance to appreciate this level of intricate detail and understand the decisions we’ve taken during the process to conserve this immense work of art.”

The glass was removed from the Great East Window in 2008 to allow conservation work to start on master glazier John Thornton’s medieval masterpiece. The work has been a collaboration between York Glaziers Trust and York Minster as part of York Minster Revealed – a five year project generously supported by the Heritage Lottery Fund and scheduled for completion in spring 2016.

Photo caption: This 600-year-old stained-glass panel from the Great East Window is currently on display in York Minster’s Orb and shows Bishop Walter Skirlaw of Durham who donated the funds for the window’s creation. 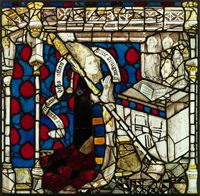