A CAREER TO CONSIDER 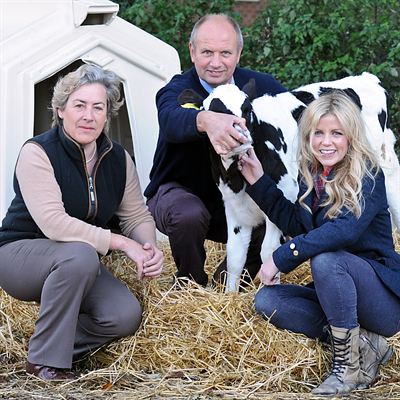 Television presenter Ellie Harrison was in myth busting mode yesterday (Thursday 8 November) when she spoke to careers advisors and teachers about the opportunities for exciting and rewarding jobs in the rural sector.

Ms Harrison, who is best known as a presenter on BBC TV's "Countryfile" told delegates: "It's tough times for young people, it's tough times for all. So isn't a career in the food, farming and environmental sector for the non academic and isn't it low paid? It most definitely is not and I'm here to do some myth busting.   It's a modern industry with a huge range of opportunities and we need bright kids, very bright kids, to take advantage of those opportunities."

She was speaking at a conference at Askham Bryan College near York organised by the Yorkshire Food, Farming and Rural Network to raise awareness of educationalists of the extensive and rewarding careers available to their students. A broad spectrum of businesses and organisations were also present to re-enforce that message, and provide both information and role models. Careers ranging from vet nursing to food production and from research work to land agency were represented.

Ms Harrison told delegates: "The agri food sector comprised 14% of national employment in the first quarter of 2012. Farming is now a broad role requiring a broad skill set - it needs people who are entrepreneurial, technologically minded, business-savvy individuals and innovators. Now more than ever we need highly skilled, talented young people, the jobs are out there and the money's out there too."

It was the third such conference, and Steve Willis, the Network Chairman and a first generation farmer, told delegates: "We have more businesses keen to exhibit here than ever because they recognise the importance of the industry we work in. It's one of the backbones of the country's economy. As an industry we've never had better support from consumers and we need to build on that."

Attending the event as an exhibitor for the third year running was Farmway, the co-operative whose headquarters are near Darlington. It employs around 160 people. Commenting on the day, Manager, Richard Martin said: "The interest from the careers advisors has been brilliant. There has been a constant flow of people asking questions about what jobs there are and what's needed to achieve them. As an industry we've been poor at selling ourselves - it's about changing perceptions that we're not either "toffs" or "country bumpkins". There's been a massive gap in recruitment of young people but that's certainly changing. As a business, we've taken on a couple of apprentices this year which is great."

Visiting for the first time were Janice Simpson of the University of York and Beverley Thomas of Leeds City Region Secretariat. "For me it's been interesting to learn more about the sciences underpinning work in this sector," said Ms Simpson. " I've been able to gather lots of information, find out about websites I'd never heard of, and talk to interesting people about their work, all of which is extremely useful in gaining a better picture of the opportunities out there," said Ms Simpson.

The event was organised by the Yorkshire Food, Farming and Rural Network in partnership with Askham Bryan College, the Yorkshire Agricultural Society and Science City York.

The Yorkshire Agricultural Society was formed in 1837 and is a charity dedicated to supporting the farming industry and rural life. Best known for staging the annual Great Yorkshire Show, England's Premier Agricultural event and Countryside Live, it's sister event. The value of the support it provides to regional farming and countryside initiatives has risen year on year to nearly £1m. The 2016 Great Yorkshire Show runs from Tuesday 12 – Thursday 14 July and Countryside Live is on Saturday 22 and Sunday 23 October 2016. Both take place at the Great Yorkshire Showground, Harrogate, North Yorkshire and are flagship events for agriculture and rural life. The Society plays a key role in supporting rural life, through grants, sponsorships and has a very active education department which runs a wide range of activities aimed at increasing the knowledge of young people and their teachers about the important role farmers play in producing our food and caring for the landscape. An important date on the annual calendar is the annual Countryside Days event when thousands of primary school children use the showground as a resource for learning. In June 2009, the Society also opened its Regional Agricultural Centre at the showground which will be a focus for excellence for the industry, as well as the new home of the Society. Yorkshire Event Centre Limited (YEC) is a wholly owned subsidiary of the Society and all YEC’s profits go to fund its charitable work. Who's Who in the Yorkshire Agricultural SocietyChairman: Simon TheakstonPresident: Sarah YorkPresident Elect: Lord MiddletonChief Executive: Nigel Pulling 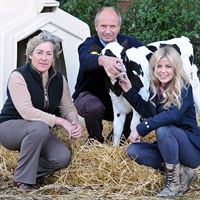