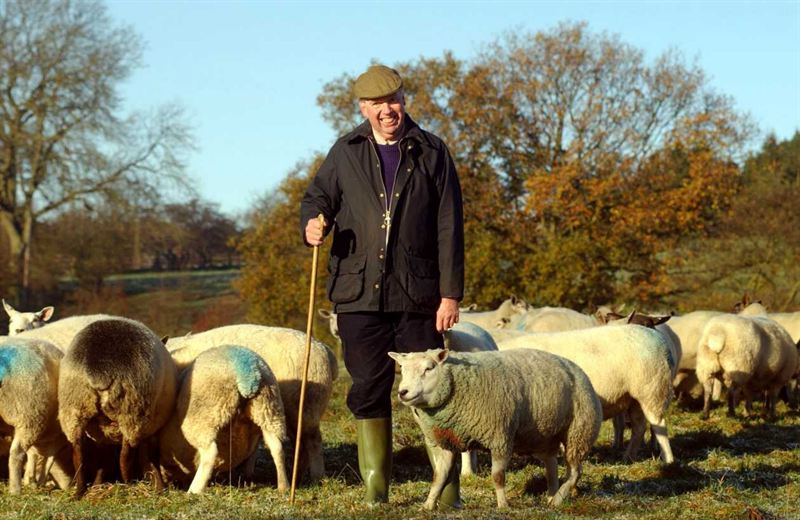 There was a standing ovation for Bill Cowling, Honorary Show Director for the Great Yorkshire Show, when he received the Lifetime Achievement Award at a business awards event last night.

NB: Image available to download at bottom of release

Bill received the highest accolade at the awards in front of an audience of more than 400 people. The 2015 Great Yorkshire Show will be Bill’s last before he retires from the position which he has held for 10 years.

The Awards’ judges said Bill was recognised for building the show to be the premier agricultural show in England and he was a hugely respected and popular figure in the business world.

Bill’s association with the Show started in 1978 when he became a steward in the cattle section, before joining the cattle committee in 1982.  He was elected as a Council Member in 1989 and took over as honorary show director in 2005.

On receiving the award at the Harrogate Advertiser Business Awards, Bill was very quick to praise the team he works with: “I feel very privileged to have been given this award, but really I’m accepting it on behalf of the team.  An enormous amount of effort goes into organising an event the size of the Great Yorkshire Show and I have thoroughly enjoyed my involvement over the years.”

Bill has been associated with agriculture all of his life and still works on the family farm near Harrogate.

The Yorkshire Agricultural Society was formed in 1837 and is a charity dedicated to supporting the farming industry and rural life. This ranges from educational initiatives to the Society’s Nuffield Scholarships to hosting the Yorkshire Rural Support Network and Future Farmers of Yorkshire. The Society is based at the Regional Agricultural Centre, Harrogate; the RAC includes Fodder, the Society’s award winning regional food shop and café which opened in June 2009.

The Yorkshire Agricultural Society was formed in 1837 and is a charity dedicated to supporting the farming industry and rural life. Best known for staging the annual Great Yorkshire Show, England's Premier Agricultural event and Countryside Live, it's sister event. The value of the support it provides to regional farming and countryside initiatives has risen year on year to nearly £1m. The 2016 Great Yorkshire Show runs from Tuesday 12 – Thursday 14 July and Countryside Live is on Saturday 22 and Sunday 23 October 2016. Both take place at the Great Yorkshire Showground, Harrogate, North Yorkshire and are flagship events for agriculture and rural life. The Society plays a key role in supporting rural life, through grants, sponsorships and has a very active education department which runs a wide range of activities aimed at increasing the knowledge of young people and their teachers about the important role farmers play in producing our food and caring for the landscape. An important date on the annual calendar is the annual Countryside Days event when thousands of primary school children use the showground as a resource for learning. In June 2009, the Society also opened its Regional Agricultural Centre at the showground which will be a focus for excellence for the industry, as well as the new home of the Society. Yorkshire Event Centre Limited (YEC) is a wholly owned subsidiary of the Society and all YEC’s profits go to fund its charitable work. Who's Who in the Yorkshire Agricultural SocietyChairman: Simon TheakstonPresident: Sarah YorkPresident Elect: Lord MiddletonChief Executive: Nigel Pulling