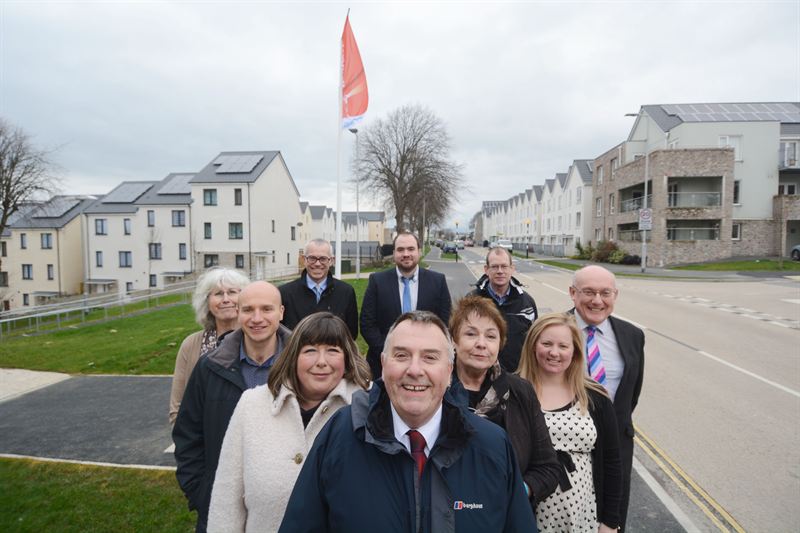 This month sees the launch of the Personal Mentor Network, a ground breaking project for young people in Bridgwater and Frome as well as key locations across the peninsula.

Created and developed through the Plymouth and South West Peninsula City Deal, the scheme takes a unique approach to supporting young people who are finding it extremely difficult to get into work.

The scheme is a national first. Working closely with 18-24 year olds, the Mentors will provide practical advice and help with confidence techniques, online applications and a whole range of guidance that is not available to them in current support projects.

The latest figures from Jobcentre Plus show that there are 305 18-24 year olds claiming Job Seekers Allowance in Bridgwater and 90 in Frome.

David Hall, Cabinet Member for Business, Inward Investment and Policy for Somerset County Council said: “Amongst the many schemes that support 18-24s into work, the Personal Mentor Network programme is an exciting new development. The economic climate has hit our young people particularly hard and is an issue we felt we had to address.

“The latest figures show that 955 young people in Somerset are claiming Job Seekers Allowance, that is too high. City Deal has taken the lead to create a project that is based on what young people actually want and need. It is a pioneering pilot scheme that will be used to inform national thinking.”

Through a series of workshops, the team behind the Personal Mentor Network spoke to young people and their Jobcentre Plus work coaches about what they felt would help them. Discussions included advice on the right clothes for different interviews, how to tailor interview preparation for a particular job, and many struggled with online applications.

To qualify young people must have been unemployed for at least three months and have been referred to the scheme by their work coaches. As a pilot scheme, it is not being rolled out across the entire peninsula, but in key locations where intervention is most needed.

The programme is managed for City Deal by Petroc, who lead a team of delivery partners operating across the far south west.

Petroc’s Principal, David Dodd said: “We are extremely proud of the Personal Mentor Network, it has a real potential to change lives. One of the key elements is the continuity it offers. We can keep working with young people even after they have found work.

“So many young people struggle to stay in work because they find it hard to meet their employer’s expectations. They can also find it difficult to make the transition from weekly benefits to monthly pay. Again we can help with advice and support.”

Working with Petroc are ten organisations that will provide the mentoring service itself. Some of the companies will work in specific locations while others will operate across the entire area, depending on the support needed.

There will be three companies working in Bridgwater and Frome including Campbell Page Ltd, Pluss and Targeted Youth Support.

Heidi Denman and Lee-Anne Hodges are personal mentors who work for Targeted Youth Support. They have been working with young people for many years and see the scheme as a new departure.

Heidi said: “Targeted youth support has dedicated mentors and volunteers who that are passionate about supporting young people to overcome barriers to engage positively in education, employment and training. We want to support young people by raising aspirations into sustainable opportunities that have a positive impact on their lives and their communities”

The project will run until May 2017 with delivery happening until December 2016. The Personal Mentor Network is funded through the Plymouth and South West Peninsula City Deal and forms part of the Youth Deal – a series of programmes aimed at supporting young people into work and developing their careers.

For more information regarding the Personal Mentor Network and the Plymouth and South West Peninsula City Deal: please contact Julie Everett at Coast Communications on 01579 352600, 07866002635 or email julie@coastmarcoms.co.uk

About the Personal Mentor Network

The Personal Mentor Network is a unique service running in pilot locations across Cornwall, Devon, Plymouth, Somerset and Torbay. Managed by Petroc, on behalf of the City Deal, the service is being delivered by participating organisations throughout the area. Personal Mentors provide tailored advice and guidance designed to support young people who are finding it particularly hard to secure regular employment. The service has been created to fill the gaps in support identified by young people and their work coaches from the Department of Work and Pensions (DWP). As a pilot programme, the service is available only in certain areas throughout the peninsula and qualifying young people must be referred to by their Job Centre Plus work coaches. The Personal Mentor Network is funded by the Plymouth and South West Peninsula City Deal and Cabinet Office. The service will run until May 2017 with delivery happening until December 2016.

Petroc is one of Devon’s leading Further Education providers, with a reach across South West England, from the Atlantic coast to the English Channel. Petroc works with around 18,000 learners a year. The College’s commitment to raising the aspirations and skills of people in the South West is also reflected in links with over 3,000 businesses. Petroc has a highly experienced Project Management team, which currently manages in excess of 30 projects valued at over £19,500,000.The College’s main campuses are in Barnstaple and Tiverton. For more information visit the website: www.petroc.ac.uk

Plymouth and South West Peninsula City Deal is a ground-breaking deal with government to deliver economic growth in the south west in exchange for the government devolving powers and funding. The deal area covers Plymouth, Cornwall, Devon, Torbay and Somerset.

The deal will tackle low rates of productivity, a key barrier to economic growth by playing to the peninsula's strengths and growing the marine and advanced manufacturing sectors. The South West has 14 per cent of the national marine supply chain, employing 26,000. It is home to global companies such as Babcock Marine, Princess Yachts International, Pipex px, Pendennis Ship Yard and Agusta Westland.

The Deal will tackle low rates of productivity by:

As a result of the City Deal local partners predict it will lead to: