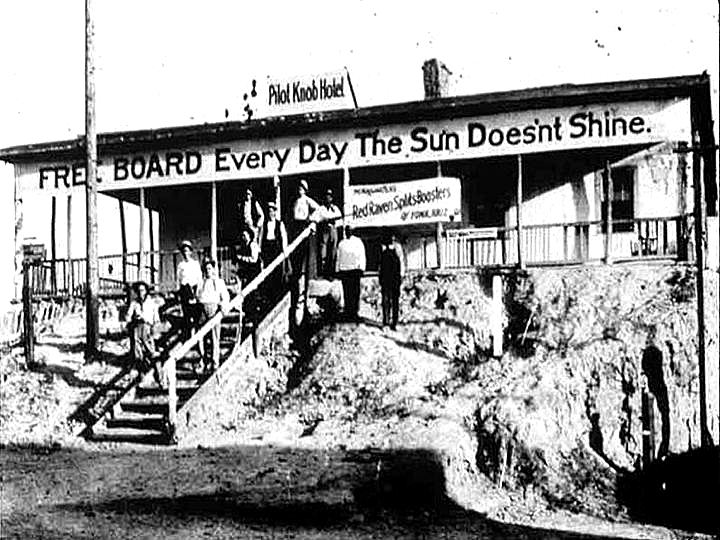 World's sunniest spot puts its money where your mouth is

YUMA, ARIZONA – A lot has changed in Yuma over the last century – but one thing that hasn’t is the reliable sunshine that favors this southwestern town an average of 350 days a year.

In fact, back in the day, Yuma hotels boasted that they offered “free board every day the sun doesn’t shine.” Now, in honor of Arizona’s Centennial celebration, the whole community renewed the historic offer for twelve months beginning August 1.

“Since Yuma is America’s sunniest city, we think that this is a perfect way to shine a light on our climate and celebrate a century of hospitality,” said Susan Sternitzke, executive director of the Yuma Visitors Bureau. “It’s a natural – literally.”

True to the original promotion, the new “free board” campaign will provide complimentary meals at participating restaurants for registered guests of participating hotels. An officially sunless day – “Code Gloom” – will be declared by a committee of YVB staff, board members and meteorologists as of 5 p.m. and announced to the public when hotels place a life-sized cutout of an umbrella-toting Yuma Mayor Alan Krieger in their lobbies.

Hotels then will validate and date-stamp “free board” certificates which will be good until 5 p.m. the next day for a complimentary meal (or $10 discount) at variety of restaurants, from border favorite Mexican to those that showcase the agricultural bounty that makes Yuma the winter vegetable capital of the nation.

Other area businesses are coming up with tie-in specials, discounts or giveaways, with free tastings at the local winery and complimentary admission to the historic Yuma Territorial Prison park and museum already among the offerings that’ll brighten sunless days.

Is picking up the tab for what could be a party of thousands a big gamble to take? Sternitzke points to the Guinness World Record recognizing Yuma as the sunniest place on earth – with bright skies an annual mean of 4,055 hours of a possible 4,456 hours, or 91 percent of the time.

Yuma’s also prominent in the “weather extremes” tracked by the U.S. Department of Commerce’s National Climatic Data Center, with number one slots not just as “sunniest,” but also driest (3.01 inches), least humid (average 22.5 percent) and having the fewest days with precipitation (16) > www.ncdc.noaa.gov/extremes/extreme-us-climates.html#SUN-CLOUD.

All that data has given at least one hotel the confidence to take the idea even further, with a special rate that will award a free room “every day the sun doesn’t shine.” The cost is the same as the regular room rate, explains Jeanine Rhea, general manager of the Hampton Inn, but comes with a “sunshine guarantee.” The only catch – to guard against travel plans made with a weather eye on the forecast – is that you’ll have to book two weeks in advance.

“Sunshine is the default setting here,” Rhea said. “We’re pretty certain that what we’re risking in comp room nights will be outshined by the warm feelings this promotion will generate.”

So how many days a year – if any – actually pass in Yuma without at least a glimmer of sun? Despite all the statistics, no one is quite sure. But when it comes to this bright idea for the centennial celebration, gloom just isn’t part of the outlook.

“No matter what happens, this promotion is going to be a whole lot of fun,” Sternitzke said, with the light-hearted attitude demonstrated in a video that unveiled it to YVB members > http://www.youtube.com/watch?v=ws6SE7EJHy0

Yuma Visitors Bureau markets the Yuma area within the travel and tourism industry and to the general public. Direct travel spending in Yuma County totaled more than $577 million in 2009, supported nearly 6,000 jobs and generated $36.2 million in state and local tax revenues. A longtime favorite with sun-seeking snowbirds, Yuma’s population nearly doubles in the winter months, thanks to more than 23,000 spots in RV parks and resorts. The community also offers nearly 4,000 hotel rooms, conference and meeting facilities, and three casinos. For more details about Yuma’s year-round attractions, special events – and the rarely “cloudy with a chance of tacos” forecast, visit www.visityuma.com or call 800-293-0071. 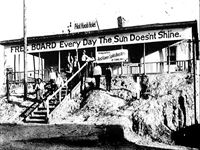 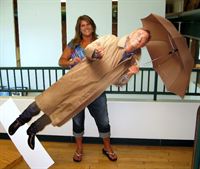