AAP represents approximately 2,000 independent pharmacies. Headquartered in Scottsboro, Alabama, American Associated Pharmacies (AAP) is a member-owned cooperative which prides itself on providing the most progressive and effective programs and services to put profit back in the independent pharmacy.

Elizabeth (Liz) Schrader passed away on March 9th, 2011 following a long battle with cancer. Liz was President of United Drugs, a subsidiary of American Associated Pharmacies.  She joined United Drugs in 1995 and served as Vice President of Operations and Finance.  She was instrumental in assisting the growth of United Drugs, a cooperative of independent pharmacies, including its recent merger with Associated Pharmacies, Inc. Liz was active in numerous charities including the Susan G. Komen, Crisis Nursery, Sojourner Center 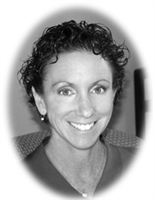