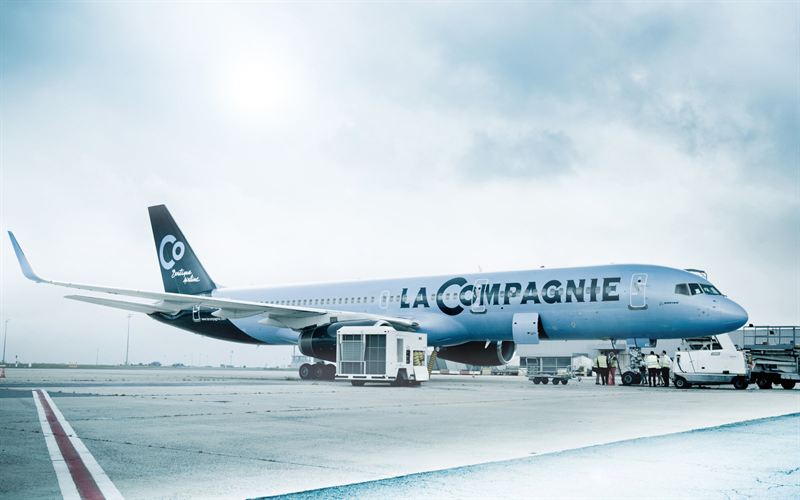 Dreieich, 1st June 2017. The German scheduled airline Hahn Air announced a new Interline Electronic Ticketing Agreement (IET) with La Compagnie (B0). The French boutique airline offering all-business-class flights from Paris to New York joined Hahn Air’s unique network of more 300 air, rail and shuttle partners to enhance its global distribution. Its flights are now available on Hahn Air’s HR-169 ticket to travel agents using Amadeus, Galileo, Sabre, Apollo and Worldspan under La Compagnie’s IATA code B0 – even in markets where it is not a member of the local Billing and Settlement Plan (BSP).

“By welcoming La Compagnie into our partner network we are happy to complement our portfolio with an exceptional airline that truly caters to the business traveller”, says Steve Knackstedt, Vice President of the Airline Business Group at Hahn Air. “Through our agreement, La Compagnie will not only generate incremental business but also gain access to our growing network of interline partners.”

La Compagnie is a French airline with operational base at Paris’ Charles-de-Gaulle (CDG) airport. With a fleet of two Boeing 757-200, it offers up to two daily flights from Paris (CDG) to New York City (EWR) and from New York City (EWR) to Paris (CDG). The aircraft are equipped with only 74 seats and provide a business class experience for each passenger, complete with two items of checked luggage, priority access at the airport and free access to the business class airport lounges. In its three years of existence, the airline has operated more than 2,000 flights and carried more than 115,000 passengers.

“Hahn Air’s services and its network of BSP memberships optimise our distribution strategy perfectly” says Jean-Charles Perino, Executive Vice President Sales & Marketing of La Compagnie. “With this partnership we will offer our unique all-business-class low fare airline between Paris and New York to the worldwide travel agency community. We have already developed a significant presence with the self-connectors – meaning passengers with connecting flights before or after their Transatlantic flight with La Compagnie – for example, from Belgium, Switzerland and Canada. We strongly believe that this partnership will enable us to expand and grow in this target segment.”