Press ReleaseDreieich, 19th August 2019. The market leader in airline distribution, Hahn Air, unveiled its new NDC platform. The company is extending its suite of products for partner airlines and travel agencies with a solution powered by IATA’s New Distribution Capability (NDC) standard. To mark the occasion, the German airline and ticketing expert welcomed the first passengers holding NDC-enabled Hahn Air tickets on one of its scheduled flights from Luxembourg to Dusseldorf on 16th August 2019. “As Hahn Air today supports travel agencies in 190 markets and airlines of any size and

Press ReleaseDreieich, 29th November 2018. Hahn Air Systems, the global consolidation service connecting air, rail and shuttle partners to all major Global Distribution Systems (GDSs), launched a chatbot today, increasing its digital servicing channels to now include passengers. The chatbot, named ‘Heidi’, will initially be available on Facebook with plans to expand it further in the future.  Developed in cooperation with Caravelo, a Spanish based technology company specialising in solutions for the airline industry, Heidi was launched to support passengers travelling on one of over 80 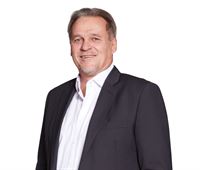 Press ReleaseDreieich, 18th October 2018. Hahn Air has already integrated 20 new carriers into its global network of more than 350 air, rail and shuttle partners by the end of the third quarter of this year. Of the new partnerships, nine are new interline agreements and eleven are new partners of H1-Air, a product of the global consolidation service Hahn Air Systems.   The services of the following nine airlines are now available on the HR-169 ticket under their own designator thanks to an interline agreement with Hahn Air · Africa World Airlines (AW), Ghana · Air KBZ (K7),

Press ReleaseDreieich, 20th September 2017. Hahn Air Systems announced that it has signed an agreement with the Indonesian low-cost airline, Citilink Indonesia. The global consolidation service connecting air, rail and shuttle partners to all major Global Distribution Systems (GDSs) enables Citilink Indonesia to offer its flights to travel agencies worldwide. They are available in all major GDSs under the reservation code H1 without the airline needing to have its own direct GDS interface. Citilink Indonesia, a low-cost-carrier subsidairy of Garuda Indonesia, is the latest airline to 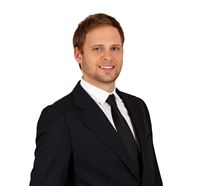 Successful first quarter 2017 for Hahn Air Group: Already 11 new partners Dreieich, 5th April 2017. Hahn Air announced that in the first quarter of this year it has already integrated eleven new carriers into its global network of more than 300 air, rail and shuttle partners. With its ticketing solutions, the German IATA airline facilitates global business between travel agencies and airlines. Its global infrastructure consisting of connections to all major Global Distribution Systems (GDS) and memberships in almost all Billing and Settlement Plans (BSPs) enables 100,000 travel

Hahn Air’s Jörg Troester re-elected to UATP Board of Directors Dreieich, 21st March 2017. For the third time in a row, Jörg Troester, Head of Corporate Strategy, Industry and Government Affairs at Hahn Air, has been re-appointed as a board member of Universal Air Travel Plan, Inc. (UATP). Since 2000, the UATP board of directors, with ten members elected from a pool of shareholder airlines, serves as the governing body for the corporation. The new board will assemble for the first time at the UATP conference “Airline Distribution 2017” which takes place in Hong Kong on 21st and

Tallink becomes Hahn Air System’s second ferry partner Dreieich, 16th March 2017. Hahn Air Systems is pleased to announce that Tallink has become its second ferry partner to take advantage of its 5W-Rail&Shuttle product. By coming on board, Tallink’s passenger transport services will now be available under the 5W two-letter code in all major GDSs worldwide.This means that Tallink’s services can now be issued by over 100,000 travel agencies on the Hahn Air HR-169-document. It will also allow passengers to quickly and easily download their boarding passes at checkin.hahnair.com (

Hahn Air Lines publishes flight schedule for summer 2017 Dreieich, 25th January 2017. Hahn Air Lines, the German scheduled and business jet charter airline based at Düsseldorf and Frankfurt Egelsbach, recently announced its flight schedule for the 2017 summer season. The carrier will continue its bi-weekly service between Düsseldorf (DUS) and Luxembourg (LUX) on Mondays and Fridays which it has been offering since 2010.  “We are very pleased that our flights will continue to be operated in code-share with our longstanding partner Luxair (LG)”, says Daniel Rudas, General 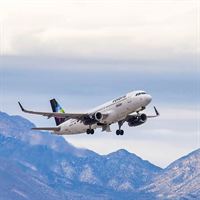 Volaris initiates distribution via Hahn Air Systems’ H1 code Dreieich, 5th January 2017. Mexican low-cost-carrier Volaris signed an agreement with Hahn Air Systems, the global consolidation service connecting air, rail and shuttle partners to all major Global Distribution Systems (GDSs). Without having a direct GDS interface of its own, Volaris will now be able to make its flights available to travel agencies worldwide, under the reservation code H1, through the GDSs Amadeus, Sabre and Galileo, and Worldspan coming later in 2017. With the H1-Air product, Hahn Air Systems

Ernest distributes globally under Hahn Air Systems’ H1 code Dreieich, 16th January 2017. Hahn Air Systems and Ernest signed an agreement which increases the virtual carrier’s visibility by allowing it to be distributed under the H1 code in all major GDSs worldwide. Globally, travel agencies can issue Ernest on the insolvency-safe Hahn Air ticket using the standard GDS ticketing process. Ernest is an Italian virtual airline based in Milan, with its flights operated by Mistral Air (M4). Using 737-400 and ATR 72 aircrafts, Ernest serves over 15 Italian cities including Ancona (AOI) 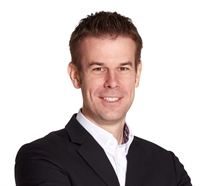 FlySafair enters global distribution with Hahn Air Dreieich, 18th April 2017. FlySafair, the South African low-cost carrier, entered into an agreement with Hahn Air to distribute its flights via travel agents worldwide. The airline’s inventory will be available for ticketing on the Hahn Air HR-169 document in all major Global Distribution Systems (GDSs) worldwide. Hahn Air is a German scheduled airline and the leading provider of distribution services for other airlines. With the agreement, FlySafair joins Hahn Air’s network of more than 300 air, rail and shuttle partners and 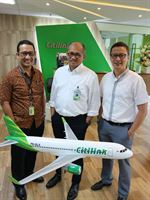 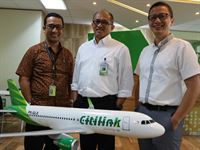 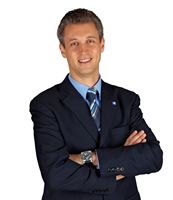