New report: Every third parent experiences threats and violence at their child's school 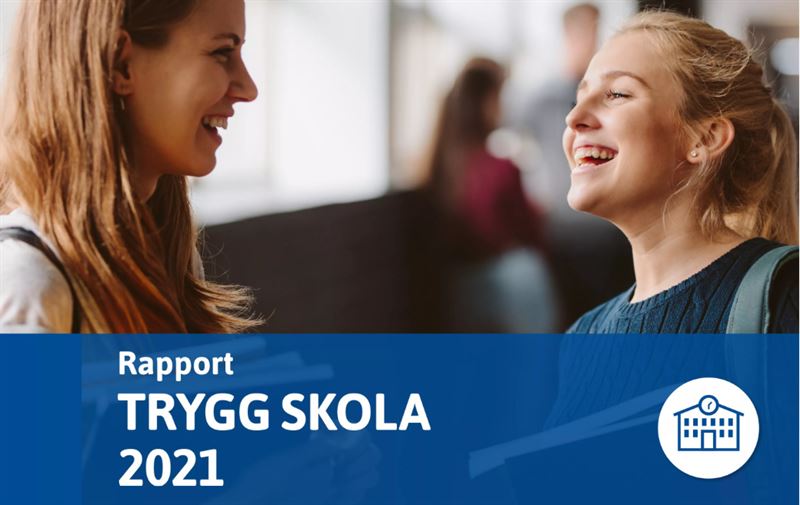 Every fifth parent of students in Swedish lower secondary schools have experienced, and report that safety and security has deteriorated in school over the past three years. The findings appear in a new report by AddSecure. The report sheds light on the perceived safety and security in Swedish municipal primary and lower secondary schools and calls for equal learning conditions throughout the country.

A new survey conducted by Novus, on behalf of AddSecure, shows that every third parent (32%) of children in primary school have experienced threats and violence, occurring at the child's school. The problem is experienced to a greater extent in municipal primary and lower secondary schools than in private schools. In addition, every fifth parent (21%) experiences that safety and security has deteriorated in school over the past three years, even more so among parents of children in grades 7-9. Based on the fact that a safe and well-functioning school is crucial for students' knowledge and development, AddSecure is launching a report that maps the security and safety situation in Swedish schools.

“Safe students are a prerequisite for learning, and a safe school environment lays the foundation for the society we want to see in the future. The fact that every fifth parent feels that security has deteriorated in recent years indicates a negative trend. Several factors can affect schools' access to resources, tools, and knowledge to work systematically with security and safety. This stands in the way of us achieving an equal school, where all students have the same opportunity to achieve their highest potential. With this report, we want to establish a current picture and call for change where all students have access to a safe school”, says Magnus Hammarsten, spokesperson for school safety at AddSecure.

Since the school attack in Trollhättan in 2015, several municipalities and schools have strengthened the systematic security work regarding external threats. The report also mentions a tougher school climate with more threats between students, in addition to physical damage and theft both during and after school hours. The concern among parents is often greater among those who have experienced threats and violence at their child's school (39%) compared with those who have not / rarely experienced it (3%).

“It is oftentimes enough for a school to be affected in one way or another and it is often only then that investments are made in solutions that will prevent something from happening again. It should not be the case that schools have to be affected before preventative measures are taken;” says Mikaela Lindqvist, Security Manager at Uppsala Kommun Skolfastigheter AB.

Take a look at the full report here (in Swedish)

About the survey
The survey was conducted by Novus on behalf of AddSecure. The purpose of the survey is to investigate how parents of children in Swedish primary and lower secondary schools experience security and safety at the child's school. The survey was conducted via web interviews, and via Novus' randomly recruited representative Sweden panel, including 1,010 responding parents of students in grades 1-9, during the period November 30th to December 8th, 2020. The survey is opinion-representative for the group surveyed, and the conclusions presented in this report applies to the entire population.

About the School Safety (Trygg Skola) report 2021
The report examines what the perceived security and safety looks like in Swedish municipal primary and lower secondary schools today. In the pursuit of more equal learning across the country, the report calls for commitment and collaboration between the public and private sectors. Threats and violence are defined in the report as the following: threats of violence, mental and physical violence such as assault, harassment, bullying, pushing, and kicking. The report draws certain conclusions and makes recommendations, and asks questions based on the empirical material to evoke thoughts and reflections for the reader.

A number of experts and representatives participate in the report: Svante Tideman, Vice President of the National Union of Teachers in Sweden, Lilian Helgason, Chairman of the Swedish Student Council, Peter Granfeldt, Development Manager for Security at Gothenburg’s compulsory school administration, Mikaela Lindqvist, Security Manager at Uppsala Kommun Skolfastigheter AB, and Martin Karlberg, School Researcher and senior lecturer in the Department of Education and Education Studies at Uppsala University, and others.