The International AIDS Conference is the largest gathering of professionals working in the field of HIV, including people living with HIV and other leaders in the HIV response. It plays a fundamental role in shaping the global response to HIV and in keeping HIV and AIDS on the international political agenda.

World´s leading HIV/AIDS Scientists and Stakeholders to gather in Washington D.C. to discuss Global Alliance on HIV Cure researchThursday, 19 July, 2012 (Washington D.C, US)--The Inaugural Global Scientific Strategy Towards an HIV Cure was launched today ahead of the XIX International AIDS Conference amid renewed optimism from the world´s  leading HIV/AIDS scientists that the future prospects for finding an HIV cure are increasing.     Over the past two years the International AIDS Society (IAS) has convened a group of international experts to develop a roadmap for research towards an

Washington, D.C. Declaration Calls for Renewed Global Urgency To Turn the Tide on HIV and End the AIDS Epidemic 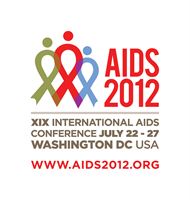 Prominent Scientists, Doctors, Community Advocates, People Living with HIV Urge Citizens of the World to Unite in Efforts to Begin to End the AIDS Epidemic4pm, CET, 10 July 2012 (Washington, D.C.) A declaration calling for global support to end the AIDS epidemic was announced today by the International AIDS Society (IAS) and the University of California, San Francisco (UCSF), The “Washington, D.C. Declaration,” which seeks to build broad support for beginning to end the AIDS epidemic through a 9-point action plan, will be the official declaration of the XIX International AIDS Conference (