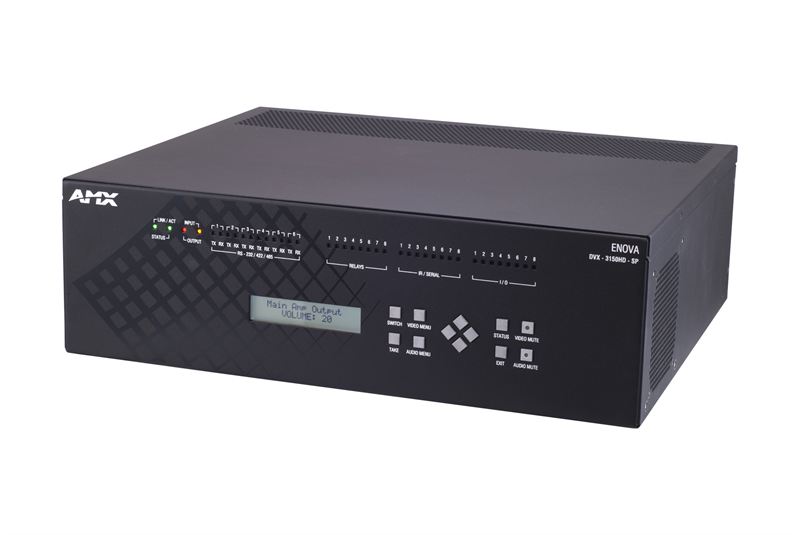 AMX, the leading provider of unified control and automation solutions, has announced ViewSonic as its latest InConcert Partner. Through the partnership, ViewSonic’s PJD6 Series DLP projectors, incorporating the PJD6253, PJD6223 and PJD6553w, will all be equipped with AMX technology compatibility, making integration with AMX controllers simple, with little or no programming.

Specifically designed for both classroom and corporate environments, ViewSonic’s network-enabled PJD6 Series projectors can be deployed with AMX controllers, like the Enova DVX-3150HD (pictured), for facility-wide management with centralised control.

"We are very pleased to join the AMX InConcert Program,” said Roger Chien, projector product manager for ViewSonic. “It demonstrates ViewSonic's commitment to the education and enterprise markets, as all our new projectors will be certified with AMX going forward. The new PJD6 DLP projector series offers many exclusive and valuable functions. This includes real-time monitoring and remote management for up to 250 networked projectors, along with versatile connectivity options.”

As a result of ViewSonic’s participation in the AMX InConcert Program, the PJD6 Series is the first of the company’s projectors to be AMX certified. The alliance delivers many benefits for the installer, one of which is Device Discovery which streamlines implementation and configuration of the projectors on the network.

“Teaming up with another leading IT-AV company like ViewSonic is a win for integrators and end users because it makes installation and network management of corporate and educational deployments so simple,” said Robert Choate, director of AMX InConcert Program. “AMX is sharply focused on delivering network-centric AV solutions for today’s converging technologies. This partnership as well as Rapid Project Maker, our new cloud-based configuration tool, demonstrates our resolve to simplify system configuration and programming.”

About AMX: AMX hardware and software solutions simplify the implementation, maintenance, and use of technology to create effective environments. With the increasing number of technologies and operating platforms at work and home, AMX solves the complexity of managing this technology with reliable, consistent and scalable systems. The company’s range of award-winning products spans control and automation, system-wide switching and audio/video signal distribution, digital signage and technology management. They are implemented worldwide in conference rooms, homes, classrooms, network operation and command centres, hotels, entertainment venues, broadcast facilities, amongst others. AMX was founded in 1982 and is a member of the Duchossois Group of Companies.