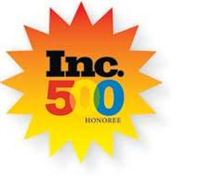 Appliance Zone, one of the fastest growing online retailers of major household appliance parts announced today that the company was named to the prestigious Inc 500 list as the overall 39th fastest growing company in the U.S with a whopping 5,535% growth rate over the past three years. Appliance Zone was also ranked #3 in the overall total Retail industry. Established in 2006 with only a $1,000 investment, Appliance Zone continues to grab more market share with an unrelenting goal to become the #1 appliance parts retailer in the world. Jim Allen founder and CEO of