New Providence, NJ, July 8, 2013 – Ron Felber delivers a nail-biting tour de force featuring a world of corrupt corporations, perverted values, and a hero struggling for salvation. Acclaimed writer Ron Felber is once again captivating audiences with his riveting new novel, A Man of Indeterminate Value. Readers are singing his praise, just as they did when he released his last hit, Il Dottore, the true life story that became the basis for the FOX television series, “The Mob Doctor.” A Man of Indeterminate Value is the first book in a trilogy featuring anti-hero Jack Madson. Trapped in a

Barricade Books Announces the Official Launch of the “Jack Madson” Series by Ron Felber, author of the Mob Doctor, at Mendham Books on June 15, 2013.

Meet author Ron Felber at Mendham Books, during a book signing of his new thriller A Man of Indeterminate Value, at 84 E Main Street, Mendham, N.J. 07944 on Saturday, June 15th, 2-5 pm EST. A Man of Indeterminate Value thriller is receiving great reviews: Felber “takes his reader into the violent, surreal, and sex-crazed underbelly of 21stCentury America…His writing is tight, edgy, crisp…A master storyteller at the peak of his powers.”  The Book Connection. Ron Felber “holds up a mirror to society and some of the more despicable practices that have characterized recent Wall

Summit, New Jersey, January 8, 2013: Barricade Books, headquartered in Fort Lee, New Jersey, to Publish “JACK MADSON” SERIES by Ron Felber, Author of book that inspired THE MOB DOCTOR, Spring, 2013.                 “Historically, we’ve done very little fiction and never a series, but the strength of writing and power of A MAN OF INDETERMINATE VALUE, Ron Felber’s first “Jack Madson” crime thriller, as a story left us no choice but to say, ‘Okay, let’s go with this, it’s too cutting edge to pass on!” says Carole Stuart, President of Barricade Books. So, who is Jack Madson, the new 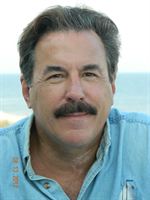 New Providence, New Jersey - The Mob Doctor is the riveting true story of a Jewish kid from the Bronx who became a Mafia insider and physician to top NY Mafia dons such as John Gotti, Carlo Gambino, Paul Castellano, and Joe Bonanno. As a result, the doctor led a double life: a well-respected surgeon and socialite by day, and "The Mob Doctor," a gambler and sex addict by night. Welcomed into an exciting and glamorous underworld which included discos, drugs, high-stakes gambling and beautiful women, he somehow managed to pursue his true profession seriously and in time, became one of the