Ulrika Jones latest position was CFO and Head of Legal at Bisnode Sverige AB. She will start on October 11th and Emil Rönnbäck will stay at Bambuser for a transition period and leave the company at the end of November.

“I’m very happy that we have agreed with Ulrika Jones. She is a very experienced CFO, someone who I’m convinced will contribute greatly to Bambuser until a permanent solution is in place.” says Hans Eriksson, CEO of Bambuser

This information is information that Bambuser AB (publ) is obliged to make public pursuant to the EU Market Abuse Regulation. The information was sent for publication, through the agency of the contact persons set out below, on October 6 2017, 14:45 CET.

Bambuser is a Swedish software company that offers B2B solutions for live video. Since 2007, the Company has developed a platform for interactive live video broadcasts enabling live video streaming from mobile phones and webcams to the internet. The breakthrough occurred in 2010 when the Company's service was used to report the unrest in Egypt during the parliamentary elections. The following year, videos were produced via Bambuser and used in several television broadcasts throughout the world during the Arab Spring. Today, Bambuser’s service is installed in more than 50 million phones and has over the years reached 100s of millions of news consumers through companies like CNN, BBC, Al Jazeera, SkyNews, etc. Since 2014, Bambuser has chosen to focus on B2B, Business-to-Business, to increase the spread of the company's products and strengthen its long-term revenue potential. Among the customers are companies as Associated Press, Aftonbladet, NRK and Deutsche Welle. 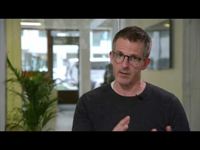 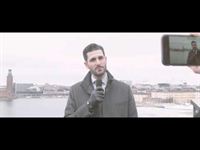