From Skopje, North Macedonia, to Varberg, Sweden, on two wheels 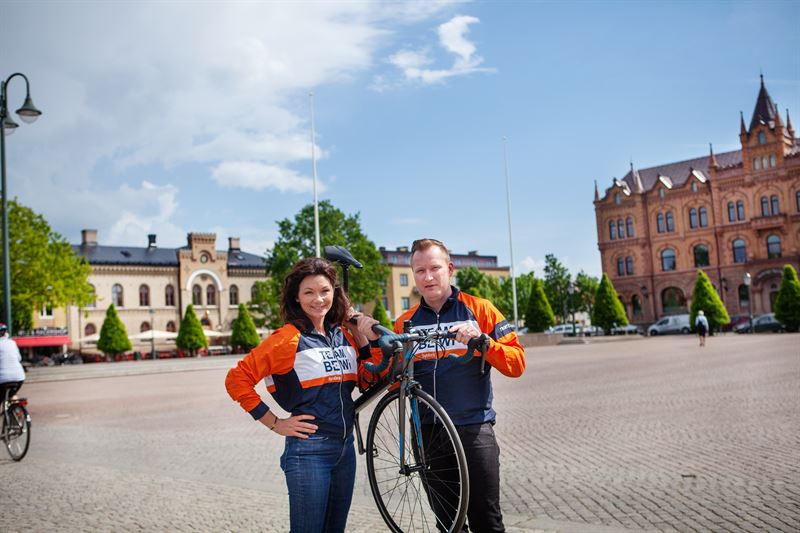 The charity event Cycle4Europe will bike from Skopje in North Macedonia to Varberg on the Swedish west coast. The goal is to raise money for the Loza Foundation, that works for vulnerable people in the "forgotten" Europe.

The charity event Cycle4Europe will bike from Skopje in North Macedonia to Varberg on the Swedish west coast. The goal is to raise money for the Loza Foundation, that works for vulnerable people in the "forgotten" Europe.

- I have dreamed of this for years, it's great that it finally happens, says Sabina Grubbeson, founder of Loza Foundation.

The start is in Skopje, the North Macedonian capital, on 5 September. On 19 September the cyclists will arrive in Varberg on the west coast of Sweden. Cycle4Europe is an initiative from Sabina Grubbeson, founder of Loza Foundation, and the company BEWiSynbra. The Cycle4Europe will ride approximately 2500 kilometers through some of the poorest countries in Europe to raise money to the Loza Foundation and their work for vulnerable people in the "forgotten" Europe. It will be possible to follow the journey through both Loza Foundation and BEWiSynbra's social media channels during the ride.

- Our work is totally dependent on getting money through gifts and contributions from businesses and people. This gives us the opportunity to raise awareness and form public opinion also outside Sweden, says Sabina Grubbeson.

BEWiSynbra finances the event and participates with its own bicycle team, Team BEWiSynbra. Every year they support several good causes. Last year Team BEWiSynbra cycled 900 kilometers to support cancer research, but they have never biked this far.

- Our company stands for environmental sustainability. Now we want to be part of Loza Foundation's work for social sustainability. What they do to help vulnerable people is amazing and this is our way to support it, says Christian Larsson, head of marketing and communication at BEWiSynbra.

The start in Skopje is symbolic as Loza Foundation works with children and teenagers here. Through the children's homes "25 May" and "11 October" boys and girls are provided with shelter, clothes and hope for the future.

- Orphans are particularly vulnerable in the poorest parts of Europe. We aim to meet every child's needs, build self-esteem and improve their future, says Sabina Grubbeson.

Apart from the two children's homes in Skopje, Loza Foundation supports projects for disabled people in both North Macedonia and Bosnia-Herzegovina. They also work with traumatized women and children, who still live in the many refugee camps in Bosnia-Herzegovina, 20 years after the war ended.

- We believe in long term commitment and work and we will follow these people for years to ensure that they get the help they need, says Sabina Grubbeson.

She hopes that Cycle4Europe will help Loza Foundation reach their target of raising SEK 1.5 million this year.

- That's the sum we need to do the projects we have planned and handle those we have started. We really hope that many more want to be part of Cycle4Europe where we raise awareness about the most vulnerable people in Europe. Together we can create a brighter future for those who have lost hope.

BEWiSynbra Group is one of the largest vertically integrated producers of expandable polystyrene (EPS) in Europe, focusing on sustainable solutions for packaging and components, as well as insulation. Innovation is a key driver for the Group’s competitive advantage and sustainability, and BEWiSynbra has an ambitious approach to its recycling initiatives.