Pork and Pop for charity 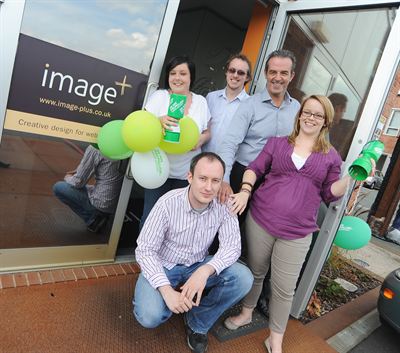 Attendees spent their first glorious Friday afternoon of the month indulging in tasty pork kindly donated by Ashley Walker at Hog Roast Hire whilst quenching their thirst on cider donated by Image+ themselves.

£128 was raised from donations at the Roast, which managing director Alan Hartin agreed to match. Another £195 was raised from the raffle, £70 through their Just Giving page and an extra £25 independent donation.

The company have regularly supported their chosen charity Macmillan over the past three years with annual coffee mornings, but this was their most successful event to date.

The special prize raffle draw consisted of some superb prizes donated by other local businesses.

Jason Kay from Currant Solutions won six tickets to a match at Coventry Rugby Club in the centurions lounge courtesy of Michael Doyle from the club itself. Jason’s colleague Chris also went away with a bottle of champagne courtesy of Guy Stanton on behalf of Hammonds Furniture.

Alan Hartin, managing director of Image+ personally donated a bottle of champagne which was won by Rob Gullen, who is founder of Macride – a subdivision of Macmillan who Image+ also sponsor.

Six people went away with a bottle of Indian wine each, kindly donated by Alok Mathur from Soul Tree Wine in Coventry.

Simon West from Earlsdon Technology went away with a goody bag from Bubble and Balm in Leamington, luxury body care retailers.

The fundraiser was held on the office car park site next to the Coventry canal in Electric Wharf, which is where Image+’s main office is situated.

Feedback from people at the event proved it was an enjoyable day and a novel way to raise money. 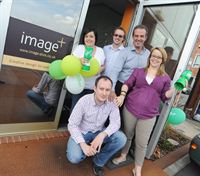