Tooling company has the mettle to get back on track 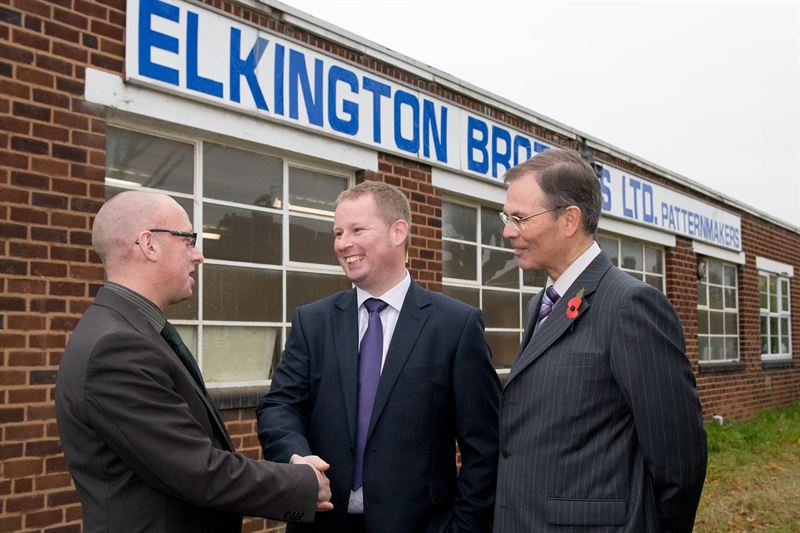 How one Midland’s company director turned his business around with the help of expert advice and guidance.

Issuing redundancy notices to loyal and long standing colleagues who taught him his trade was one of the many difficult decisions that James Kelly, Managing Director of West Midlands based Elkington Brothers has taken in order to ensure the survival of his company.

James’ concern was not just for the survival of the company but that any corporate rescue process would affect the business reputation and future viability of the company. He now concedes that he was wrong. It was that previous reputation, established over 73 years and synonymous with quality tooling, that helped win the support and cooperation of customers and suppliers. The company has now successfully exited from a Company Voluntary Arrangement (“CVA”) and recently granted two apprenticeships as part of its plans for the future.

James says: “I now know that the decision to enter into a Company Voluntary Arrangement was the right one. Prior to the Voluntary Arrangement I had taken steps in an attempt to return the company to profitability but the business model was unsustainable. However I didn’t want to give up and believed the company still had plenty to offer as a producer of quality tooling. This led me to Cranfield Business Recovery and the rest is history.”

Speaking of Cranfield Business Recovery, James says: “Their expertise, cooperation, and considerable patience in responding to the numerous queries I put to them, especially in the early stages, together with their subsequent guidance throughout significantly contributed to the success of the CVA.”

For James the decision to seek advice wasn’t an easy one to make. During the period leading up to the CVA many of his friends had expressed their concerns for James to his wife. He says: “It was a difficult time in my life, trying to keep the company afloat whilst winning the necessary new business. Regrettably, it was necessary to restructure the company which meant making redundancies. Many of the employees had passed on their knowledge and skills to me during my own apprenticeship, which made a difficult decision even harder. I had many sleepless nights leading up to the day the employees were notified.”

James was later told by one of the employees that everyone had expected him to announce the closure of the company. James continues: “This was an option I had looked at, but working alongside Cranfield Business Recovery and my accountant Prime Chartered Accountants I was able to reach the decision that the best course of action was to propose a CVA to creditors. The process allowed the business to retain its core plant and equipment without the need to raise additional funding. This was key as it is our capacity to produce large and small tools on our various machines which differentiates us from our competitors. The CVA allowed us the opportunity and resources we needed to continue with what was and remains a fundamentally good business.”

James adds: “From the outset I wanted to be open and honest with all stakeholders of the business. I believe that this attitude eased the process, especially with our suppliers who understood the position the company was in. Indeed, within a short period of time after entering into the CVA, many suppliers once again granted us credit facilities. Keeping everybody informed was vital. The support and encouragement from both suppliers and customers has been tremendous. The company has thrived over the last few years so much so that it has allowed the company to grant two apprenticeships this September, in the hope that we can pass on the expertise of our industry to the next generation.”

He says: “I am sure that there are many company directors in the UK today facing a similar situation to that experienced by myself nearly four years ago. A lot of people contributed to the eventual outcome that I am now able to celebrate but the hardest decision was to seek the professional help and assistance that I needed. I’m glad that I did.”

Patrick Murtagh, Director of Cranfield Business Recovery says:: “The combination of hard work, determination and personal sacrifice of James and his colleagues at Elkington Brothers not only allowed the company to exit successfully from a CVA, but enabled it to generate higher than anticipated profits thereby financially benefitting the creditors who supported James. It has also provided a solid base from which the company can prosper in the future”.

Cranfield Business Recovery is a firm of insolvency practitioners which employs 16 staff in its Coventry office.  At present they are the number one insolvency practice in Coventry. It was set up in November 2001 to offer a professional service to people with corporate, business or personal financial problems and to work closely with professional advisers to assist their clients. The firm is led by licensed insolvency practitioner, Tony Mitchell. It aims to offer a bespoke service in a friendly environment in circumstances that are often difficult and stressful.