In car entertainment specialists Celsus have completed a successful first MECHANEX Show at Sandown Park - in the same week that the car digital radio tick mark was launched by Digital Radio UK (DRUK).

There’s no disputing DAB’s made impressive inroads on new cars. Fitment rates have risen from below 5% in 2010, to 58% this year, say the Society of Motor Manufacturers and Traders (SMMT). Similarly with infrastructure, massive investment has meant coverage targets set for DAB switchover will be met by October 2015.

A second criteria means an official switchover process will start when DAB’s share of listening reaches 50%. That’s been rising too, but with RAJAR data to 23rd October 2014 putting it as 38%, there’s still some way to go – and that’s where car conversions come in. With so much in car listening, converting those 29 million analogue radios is now prime priority for DRUK.

Celsus meanwhile say they’ve been working to bring together the marketing, technical support, training and product elements garages will need, under their DABmotion brand. DABmotion training, which is quality assured by IMI Awards, takes as little as half a day on garage site. It’s backed by the promise that anyone completing it can guarantee working DAB conversion on any customer car.

“Our first MECHANEX show proved perfect for speaking directly with a large group of garage owners about the DAB opportunity,” said Celsus Marketing Director Mark Baker. “In many cases the trade, let alone the motoring public, are still not aware of just how quick and cost effective it is to access the full range of DAB stations. This is why we’re excited to hear DRUK’s plans to now put car conversions firmly into the spotlight.”

The car tick mark launch on Monday 10th November saw speakers from DRUK, as well as SMMT Chief Executive Mike Hawes, and Ed Vaizey, Minister for Culture, Communications and Creative Industries, chart the road ahead. 2014 has seen the trade launch of the tick mark, designed to help consumers find best-in-class products and installation services. The second phase of marketing communications to generate more demand is getting into gear too.

Initiatives include mailing 40 million DVLA car tax reminders, already underway. Next will come a campaign, starting from the end of November on BBC and commercial radio, with Suzi Perry saying ‘give digital radio’ this Christmas. Then more marketing will arrive in Spring 2015, exclusively around cars and conversions.

Mark added: “The message to garages hasn’t changed – those that get in earliest are likeliest to do best as this market develops and the investment required is minimal so there’s no risk at all. The difference now is that there’s the certainty of concerted major national marketing to help grow demand.”

To find out more about DABmotion, the profit opportunity for garages, or for details on training courses, please visit  www.dabmotion.co.uk, follow @DABmotion on Twitter or call  01202 664390.

The  DABmotion  brand was created by Celsus in 2013 for the company’s in vehicle DAB digital radio retrofit conversion solutions.

DABmotion DAB1001 launched in July 2013 as a cost-effective universal DAB vehicle retrofit solution. The kit comprised a glass mount antenna, matchbox-sized remote control and compact hideaway ‘black box’ interface. The system offered a reliable and affordable way to upgrade any car audio system to the wealth of digital radio choice without the need to replace the existing head unit.

Patented AFC auto-retune technology captures seamless digital radio without interference whilst on the move. DABmotion then effectively decodes digital radio and converts it into an FM signal that is transmitted wirelessly to the car’s original radio, even displaying track / station / artist information on the display. It can be professionally installed in under an hour.

DABmotion offers recognised training too under IMI Awards for automotive or audio technicians looking to capitalise on growing consumer demand for car DAB radio conversions ahead of a future UK digital radio switchover. Training can be completed on site, in as little as half day, backed by the promise that anyone completing it will be able to confidently install working DAB radio into any car.

DABmotion ROLA was launched in September 2014 to bring a number of improvements to the award-winning DABmotion 1001 kit. DABmotion ROLA is fully ‘Tick Mark’ approved under the government scheme designed to help the UK public locate best quality products and services.

Celsus, specialists in car audio accessories, are an award-winning ISO9001 distribution company. Celsus supply the UK and Europe with the most desired 12v mobile audio together with digital radio integration, sound damping and automotive accessory products. The company intent is to create an environment where 'everyone do well' as the DNA within the business. All products aim to bring enjoyment to customers, supplier partners and the Celsus team. This progressive approach, and market leading products from global brands including JL Audio, Dynamat DABmotion, Calearo and Jehnert, provide great opportunity for long-lasting business relationships with both customers and supplier partners. 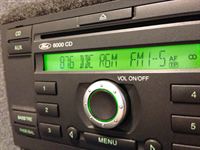