Liquid storage of solar energy – more effective than ever before 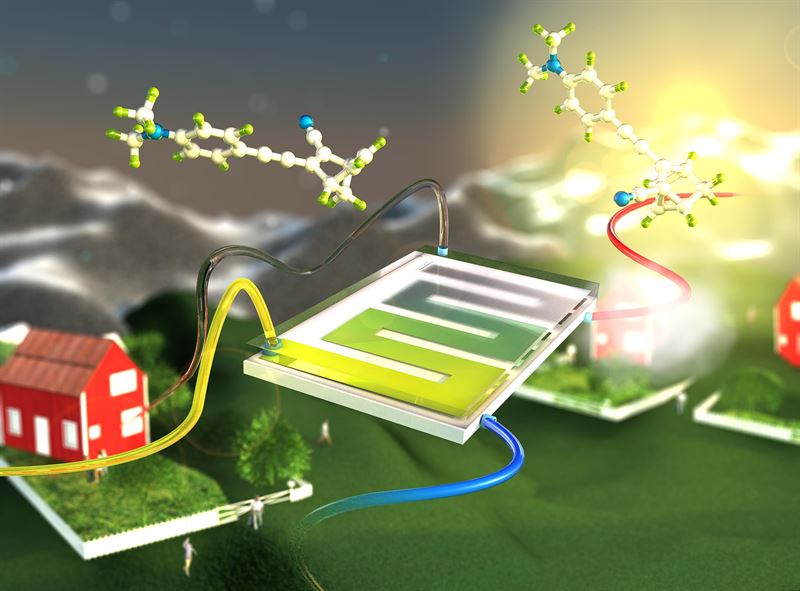 Researchers at Chalmers University of Technology in Sweden have demonstrated efficient solar energy storage in a chemical liquid. The stored energy can be transported and then released as heat whenever needed. The research is now presented on the cover of the scientific journal Energy & Environmental Science.

Many consider the sun the energy source of the future. But one challenge is that it is difficult to store solar energy and deliver the energy ‘on demand’.

A research team from Chalmers University of Technology in Gothenburg, Sweden, has shown that it is possible to convert the solar energy directly into energy stored in the bonds of a chemical fluid – a so-called molecular solar thermal system. The liquid chemical makes it possible to store and transport the stored solar energy and release it on demand, with full recovery of the storage medium. The process is based on the organic compound norbornadiene that upon exposure to light converts into quadricyclane.

‘The technique means that that we can store the solar energy in chemical bonds and release the energy as heat whenever we need it.’ says Professor Kasper Moth-Poulsen, who is leading the research team. ‘Combining the chemical energy storage with water heating solar panels enables a conversion of more than 80 percent of the incoming sunlight.’

The research project was initiated at Chalmers more than six years ago and the research team contributed in 2013 to a first conceptual demonstration. At the time, the solar energy conversion efficiency was 0.01 percent and the expensive element ruthenium played a major role in the compound. Now, four years later, the system stores 1.1 percent of the incoming sunlight as latent chemical energy – an improvement of a factor of 100. Also, ruthenium has been replaced by much cheaper carbon-based elements.

‘We saw an opportunity to develop molecules that make the process much more efficient,’ says Moth-Poulsen. ‘At the same time, we are demonstrating a robust system that can sustain more than 140 energy storage and release cycles with negligible degradation.’

The research is funded by the Swedish Foundation for Strategic Research and the Knut and Alice Wallenberg Foundation.

Videos about the research:
https://www.youtube.com/watch?v=aAGMcmouzeU&t=29s 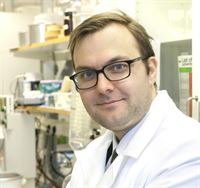