Helsinki, Finland Announce Next Steps for Planning a New Museum for Architecture and Design

Finland’s plan to build a new museum for architecture and design has taken an important step today as the Ministry of Education and Culture, along with the City of Helsinki, have established a new project organization to coordinate the planning of the new museum. Kaarina Gould – former Program Director of Helsinki’s World Design Capital year in 2012, current Executive Director of the Finnish Cultural Institute in New York – has been appointed to lead the project.  A high-level steering group has been formed to supervise the project, with Timo Laitinen, Director General of Finland’s State Treasury, as Chair. 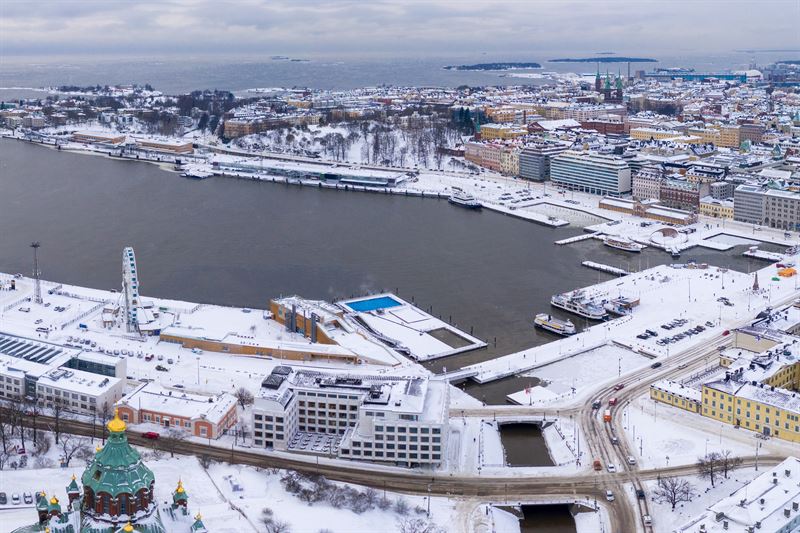 The new museum of architecture and design is planned to be constructed in the South Harbour of Helsinki as part of the overall development of the district. Photo: Ilmakuvaus Ruohonen

The new museum will merge two existing museums, the Museum of Finnish Architecture and the Design Museum, and function as the national museum in these fields.  Once established, the museum of architecture and design will be housed in a new building, constructed in the South Harbour of Helsinki as part of the overall development of the district. An architecture competition for the museum is planned for a later stage of the project.

The decision to move ahead with the new museum is based on in-depth surveys and an initial concept plan drawn up in 2018–2019 by the Ministry of Education and Culture, the City of Helsinki, and the two museums. During the preliminary planning phase, a management and funding model for the museum was also formed.

In 2021, a foundation will be established for the new architecture and design museum to manage the present museums’ collections. Museum operations will be coordinated by a limited liability company, to be established later, which will be fully owned by the foundation. The state of Finland and the City of Helsinki are expected to provide equal shares of capital to the museum foundation. In its fourth supplementary budget proposal for 2020, the Government undertook to capitalise the new museum foundation with a maximum of EUR 60 million.

“The revival of cultural activities along with sustainable growth provide a path towards a brighter future. Architecture and design are our strengths, and they play an important part in providing sustainable solutions for society. The new museum brings together unique content, competence and creativity. We are working towards a world-class architecture and design museum with a concept that fosters new experiences and insight,” says Anita Lehikoinen, Permanent Secretary of the Ministry of Education and Culture.

“Global competition between cities will increase notably. As a result of the Covid crisis, the prerequisites for a good life, as well as human and social capital will play an important role alongside more traditional attractions. In the era we live in, the courage to dream big and invest in the future is needed for nations to succeed. Meanwhile, design and architecture play an increasingly crucial role in solving global problems. There could hardly be a more opportune time to establish a new museum for architecture and design,” says Jan Vapaavuori, Mayor of Helsinki.

“This new stage on the path to the realization of the New Architecture and Design Museum has been prepared with great care. We are happy to start working with the project organization, as we now move forward with the outlines for the operating principles, core contents and guidelines for the new building and museum. Architecture and design are Finnish strengths, which have helped in realizing the values of the Nordic welfare model. The new museum can lead the way and encourage us to discuss, learn, and experience different ways of building a new model of the future welfare state,” say museum directors Carina Jaatinen (Museum of Finnish Architecture) and Jukka Savolainen (Design Museum).

The next stage is to produce a comprehensive plan that will allow the funders to make final decisions on the implementation of the project. This phase of the project, led by the newly appointed Project Director Kaarina Gould, will launch on May 1st, and is expected to last until late 2023. Gould, experienced with large scale international projects and initiatives such as the World Design Capital Helsinki 2012, will work alongside the teams of the two museums, the organizations of the City of Helsinki, and the Ministry of Education and Culture to secure the foundations for building a pioneering museum of international calibre.

“Sustainability and pioneering thinking are the key values that the new museum – both as a concept and a new building – will be built upon. Audiences, architecture and design communities in Finland, and the world, have been awaiting this museum for decades. Now the time is right. The past year can be seen as a catalyst for the work that lies ahead – the challenges the pandemic has put on cultural institutions form an obligation and an opportunity to reinvent the museum,” says Kaarina Gould.

Supporting and supervising the project will be a steering group, chaired by Timo Laitinen, Director General of Finland’s State Treasury. Other members include leadership from the City of Helsinki, Ministry of Education and Culture, Ministry of Finance, directors and chairpersons of Museum of Finnish Architecture and the Design Museum, and a number of experts from fields of design, finance, and urban development.