Climeon is for the second year in a row on the prestigious 33-listan, an award given to the 33 hottest young tech companies in Sweden. World-known companies Spotify and Tobii have previously been awarded the honour of being on the list. After thoroughly testing and refining the technology behind product Climeon Ocean™, Climeon CEO Thomas Öström says 2016 is the year of sales. 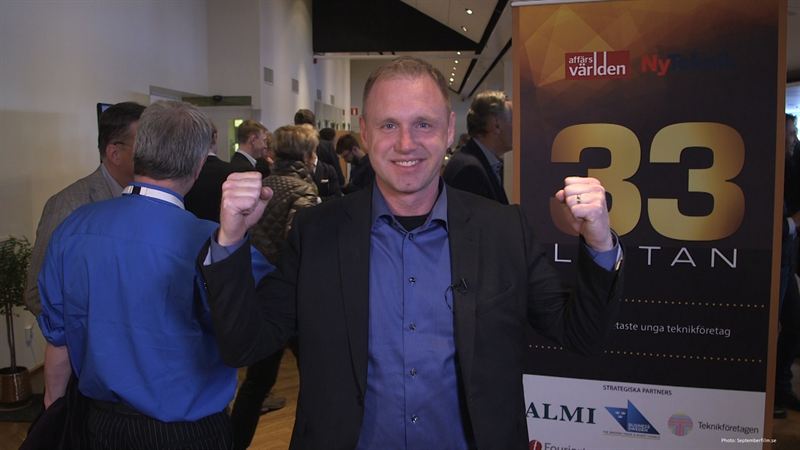 Climeon has developed a technology that recycles and transforms waste heat into heat power creating 100% clean electricity and clean profit. The Climeon Ocean™ solution is powered by Climeon’s innovative C3 Technology which makes it possible to produce clean electricity at a cost lower than any other source.

Two companies already benefitting from Climeon Ocean™ are SSAB, at their production facility in the Swedish city of Borlänge, and Viking Line on “Grace”, the newest vessel in their fleet. The installation and efficiency of the electricity production at both sites has surpassed expectations showing higher results than initially anticipated.

The benefits stretch beyond clean electricity and clean profit by also having a positive effect on the environment. The smallest Climeon Ocean™ unit can save 200 tons of fuel and 600 tons of CO2 emissions every year. This is the same as planting 30 000 trees and letting them grow for 30 years.

Climeon is predicted to have a brilliant future. In addition to 33-listan, Climeon has won Frost & Sullivan’s Best Practice Award and Sweden’s Cleantech Business Award, to mention but a few. CEO and co-founder Thomas Öström says he is proud to be on such a prestigious list again. Thomas points out that 2016 will be a year focused on sales thus entering a new phase for the company, something he says the company is well prepared for.