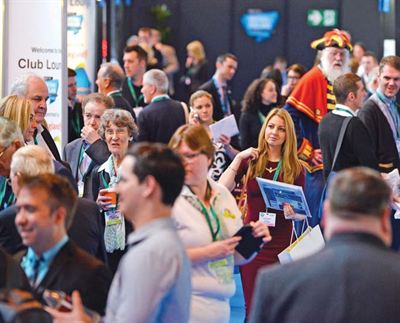 Domestic tourism on the right track

Rail travel is booming in the UK, with passenger journeys up nearly 70% in just over a decade.  Of the record 1.65 billon national rail journeys taken last year[1], around one in four were for leisure purposes.  This rail travel revival – which shows no sign of abating – is just one of the topics Michael Portillo will be discussing in his Keynote on ‘Great British Railway Journeys’ at the show.

Rail enthusiast Portillo, who received the prestigious Tourism Society Award in 2014 for his contributions in helping to promote 100s of UK destinations (and rail travel) via his popular Great British Railway Journeys TV series will be sharing highlights from his travels and insights into the rise of nostalgia tourism on Thursday 17 March.

From rail tracks to country trails, Adam Henson is another familiar face from the small screen making his debut at British Tourism & Travel Show.  Perhaps one of the best known farmers in the UK, Henson has helped grow the Cotswold Farm Park in Gloucestershire (founded by his father Joe in 1971 to help to publicise and finance British rare breed farm animal conservation) into an award-winning countryside destination.

Whilst it’s often the big city attractions that make the headlines (and feature on much-publicised ‘most’ visited lists), the collective contributions of hundreds of thousands of small and medium tourism businesses – like the Cotswold Farm Park – are also vital to the country’s wider economy.  As the fifth biggest industry in the UK, tourism generates over £127bn per year and employs nearly 10% of the workforce.  Henson, who also co-presents the BBC’s Secret Britain series, which explores hidden gems of the countryside, will be discussing the importance of supporting rural tourism on Wednesday 16 March.

The full Keynote programme will be announced in January 2016.

“Simply the best and most productive travel show I have attended in the last 20 years,” says Mark Wilson, managing director of Rondo Travel.

“Coming to British Tourism and Travel Show was a great opportunity to renew contacts and research new products.  I love the show and was actually the last buyer to leave – I just didn’t want to go!” says 2015 visitor Rob Carroll, commercial manager at Railtrail Tours.

“It’s so worthwhile because everything’s here under one roof.  There are so many different hotel suppliers and attractions – I met everyone I need to meet here!” says Jamie Bawn, contracts manager at Red7 Leisure.

“I got enough great ideas here to keep me busy until the next show!” says Gary Lloyd, tours manager at Marchants Coaches.

British Tourism and Travel Show will return to the NEC Birmingham on the 16-17 March 2016.   For more information and to register for a free ticket, please visit www.tourismshow.co.uk and enter priority code BTTS200 (direct link: www.eventdata.co.uk/Visitor/TourismShow.aspx?TrackingCode=BTTS200) 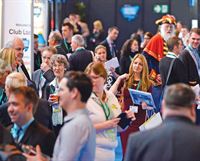