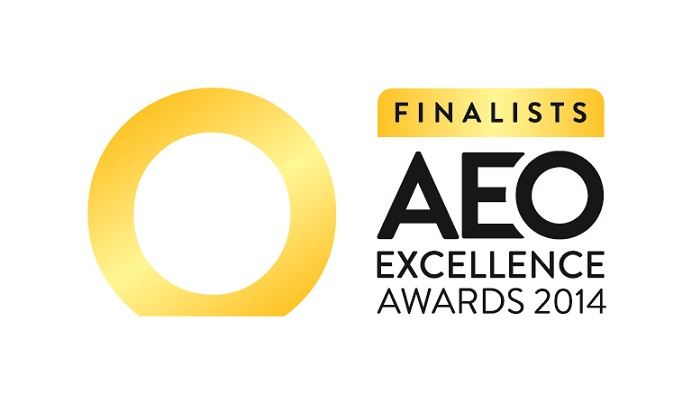 Following its highly successful launch in London earlier this year, Casual Dining has been shortlisted for ‘Best Trade Launch Show’ and ‘Best Tradeshow Exhibition under 2,000sq.m’ by the Association of Event Organisers in its annual Excellence Awards.

Casual Dining – the first dedicated trade show for the UK’s £6.9bn casual dining sector – is the first event in years to have been shortlisted by the AEO as a finalist in both categories.

The exhibition industry’s equivalent to the Oscars, the double award nomination reflects the show’s broad appeal.  Attracting 3,655 attendees to its launch event, including many of the country’s biggest pub groups and branded restaurant chains, has already won it widespread support from across the casual dining sector.  With nearly 90% of surveyed visitors planning to revisit in 2015, and 60% of exhibitors already rebooked, event organiser Diversified Communications UK is hoping Casual Dining – its most successful launch to date – will also score top marks with the AEO judges.

For 2014, the Best Tradeshow Exhibition (under 2,000sq.m) category remains as competitive as ever, with eight shows in the running.  In addition to Casual Dining, two other Diversified UK shows have also been shortlisted this year: Nordic Organic Food Fair/Natural Products Scandinavia and office*.  Whilst lunch!, Diversified UK’s food-to-go show, is looking to add to its AEO trophies[1], having been shortlisted for ‘Best Marketing Campaign of the Year’ (which it won in 2012) and ‘Best Tradeshow Exhibition (UK & International over 2,000sq.m)’.

“To be shortlisted for two awards just months after the first show really is such a big honour and an enormous achievement for the whole team,” says group event manager Chris Brazier.

“Of course, big thanks must go to all our exhibitors and partners who supported the launch of Casual Dining right from its inception – proving it was exactly the right idea at the right time.  We really couldn’t have asked for a better endorsement for the show than this,” he says.

This continuing support – combined with increasing demand from new companies looking to exhibit next year – has already heralded the announcement of a 45% expansion in exhibition space.  Many returning exhibitors – such as Reynolds, Gram UK, DiSotto Foods, McCain Foodservice GB, and Purbeck Ice Cream – have also increased the size of their presence for 2015.

The AEO Excellence Awards recognises achievements by organisers, venues, suppliers and contractors across the exhibitions industry.  This year’s winners are to be announced at a dedicated awards ceremony at Grosvenor House on Park Lane in London, on Friday 4 July 2014.

Casual Dining (including the Design Awards and Innovation Challenge Live) will return to the Business Design Centre, Islington, London, on 25-26 February 2015.  For more information, and to stay up-to-date with all the latest news and exhibitor information, please visit www.casualdiningshow.co.uk.