Two successful new launches and the acquisition of Expo Management turned 2014 into a record breaking year for Diversified Communications UK.  The award-winning trade event organiser and publisher has reported a 28% increase in attendance to its 2014 shows; with nine events attracting a combined 45,273 industry professionals (compared to 35,425 in 2013).

Exhibitor numbers were also up for 2014, with 2,105 companies participating at venues across London, the NEC Birmingham, and MalmöMässan, Sweden.

“2014 has been the most significant in our history, not only with the successful launches of Casual Dining and GEO Business but also the acquisition and integration of Expo Management, which included three exhibitions as well as a number of publications and industry award events.  It’s amazing how far we’ve come and I’m so grateful to our amazing team for all their support, dedication, and creativity.  The future is bright!” says Carsten Holm, managing director of Diversified UK.

Diversified UK continues to strengthen its position as one of the fastest growing event organisers and publishers in the UK.  The UK division of Diversified Communications now employs over 80 staff (in Brighton, Peterborough, Leamington Spa, and Nailsworth) and has increased its brand portfolio by 178% since April 2013.

Other highlights for 2014 included winning three industry awards for its Casual Dining, lunch!, and office* shows.

Casual Dining – the UK’s first dedicated trade event for the Casual Dining sector (including multiple and independent pubs, bars, and restaurants), attracted 3,655 industry professionals to its launch event last February.  A few months later it went on to win best trade show at the Association of Event Organisers’ hotly contested Excellence Awards; becoming the first launch show in over five years to triumph in the ‘Best Tradeshow Exhibition under 2,000sq.m’ category.  Its second edition next month, which is already 90% sold out, boasts a 45% increase in exhibiting space for 2015.  Visitor pre-registrations meanwhile are currently tracking around 10% ahead.

lunch! – the premier trade event for the UK’s £14.9bn lunchtime market – added another industry title to its mantle in 2014, winning Best Trade Show at the Exhibition News Awards in April (its third best trade show award in four years).

Looking ahead, 2015 is set to be another busy year for Diversified UK.  February through June sees events every month (including Casual Dining, Best of Britain & Ireland, Ocean Business, Natural & Organic Products Europe, GEO Business, SITS – The Service Desk & IT Support Show, and MARELEC Marine Electromagnetics conference), whilst Autumn heralds six shows within as many weeks. 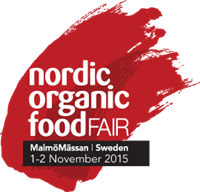