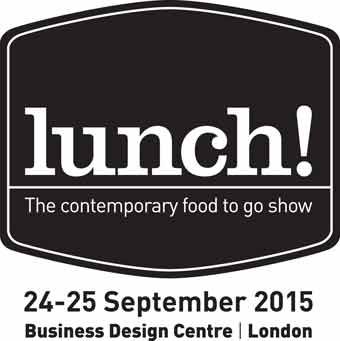 Top buyers from EAT, Tesco, Waitrose, Superdrug, British Airways, IKEA, Brakes, Elior, Baxterstorey, Sodexo, and Gate Retail Onboard, are among the who’s who of buyers that have already pre-registered to attend lunch! 2015, which returns to the Business Design Centre in London on 24-25 September.

Now in its eighth year and firmly established as the leading trade event for the UK’s £6.9bn food-to-go market, lunch’s pivotal focus on innovation has made it a popular choice with buying teams from many of the country’s biggest food-to-go operators, including supermarkets, multiples, contract caterers, wholesalers, distributors, travel caterers, cafés, coffee shops, and sandwich shops.

Thanks to glowing testimonials and a significant 44% increase in attendees in the last two years, the 2015 edition will be the biggest lunch! yet.  To accommodate growing demand from a raft of new food, drink, packaging, technology, and equipment suppliers looking to reach this important market, a 25% increase in stands has expanded the show into an additional new hall on the Upper Feature Level – taking the total to an unprecedented 350 exhibiting companies.  Over 6,500 key buyers and decision makers are set to join them, when doors open in just over three months’ time.

“Once again, the high demand for stand space at the show reflects the ever growing popularity of the food-to-go sector,” says group event director Chris Brazier.  “Rebooking for lunch! 2015 smashed all previous records, leading to the show’s ground floor selling out in December, followed by the Middle Level in January, and the Innovation Zone in February.  Even with the addition of a new hall, the show is on track to be sold out within a matter of weeks.  It’s a testament to the show’s continuing success – and demonstrates just how important and essential lunch! has become to suppliers and buyers looking to do business. ”

“With food-to-go going from strength to strength as a breakfast and lunch occasion, it is great to be able to come to a show with this at its core.  I would recommend anyone involved in this sector to make a date with lunch! 2015,” says Red Kitching, category buying manager, Aramark.

“I recommend lunch! to anyone in the food-to-go sector.  It’s a fantastic chance to discover innovation and trends in our industry.” Kate Skerritt, director of business development/co-founder, POD.

“2014 was my first visit to lunch! and I can see why it is so popular.  It gave me the chance to see existing suppliers and meet new ones, along with seeing what innovation is coming up in the market.” Theo Thomas, director of operations UK at Esquires Coffee.

Given the breadth and number of exhibitors on offer at lunch!, it’s perhaps no surprise that the word ‘innovation’ is frequently cited as the biggest selling point of the show.  Since its launch in 2008, it’s been helping buyers to stay one step ahead of their competition with all the latest new trends and suppliers.  And 2015 promises more of the same.

The show’s new hall on the Upper Feature Level will be home to the Innovation Challenge Showcase, VIP Lounge, new Artisan Ingredients Village, and new Menu Innovation Theatre (sponsored by Magrini).  It will host the popular live finals of the annual British Smoothie Championships (also sponsored by Magrini), the Café Life Awards heats, and an exciting new series of coffee, smoothie, tea and juice master classes lead by industry experts.

The Working lunch! Theatre also boasts a new home for 2015.  Although still on the Upper Feature Level, it’s new position enables it to cater for a significantly bigger audience.  Running throughout the two day show, the free business seminars are renowned for attracting a host of high-profile brands and industry leaders from across the food-to-go retailing and contract catering industry.  The first headline Keynote to be announced for this year, is a Q&A with Roger Whiteside, CEO of bakery and food-to-go giant Greggs.

The former chief executive of Punch Taverns and the Thresher Group, and one of the founding team of Ocado, Whiteside will be sharing exclusive insights from his long and impressive career.  From starting out at Marks & Spencer, where he spent 20 years and became head of its food business, through to the re-positioning of Greggs as a major player in the healthy food-to-go market – it has all the ingredients for a must attend session.

The full Working lunch! Theatre programme will be unveiled over the next few months, with senior directors from EAT., Pret A Manger, M&S, Subway and Starbucks set to be announced.

“Overflowing with fresh ideas and interesting concepts – lunch! is always in my calendar,” says Richard Brownlie-Marshall, head of creative at Tossed.

lunch! – the multi-award-winning trade event for the food-to-go industry, returns to the Business Design Centre in Islington, London, on Thursday and Friday, 24-25 September 2015.  For further information and to book a free trade pass in advance, please visit www.lunchshow.co.uk and quote priority code PR1 (direct link: www.eventdata.co.uk/Visitor/Lunch.aspx?TrackingCode=PR1) 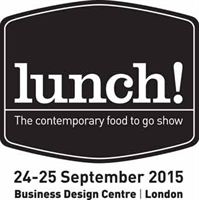 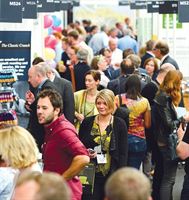