20 Football Clubs To Participate in The Second Season of eAllsvenskan 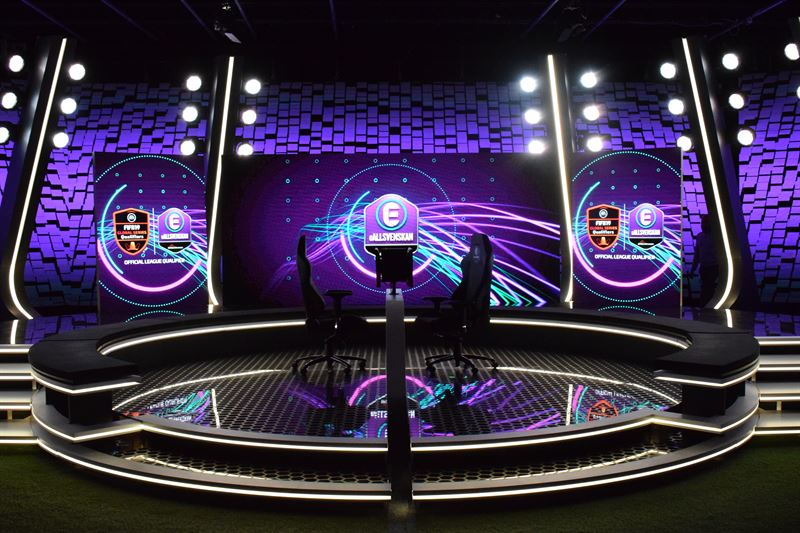 eAllsvenskan is a part of EA SPORTS FIFA 20 Global Series

STOCKHOLM — DreamHack, the premier gaming lifestyle festival, and Svensk Elitfotboll (SEF) announced today the second season of eAllsvenskan, the largest professional FIFA competition in Sweden. The new season is set to start on March 10 and will feature an increased number of participating teams, a new format, and increased possibilities to watch the games.

Reigning eAllsvenskan champions Malmö FF will defend their title against 19 additional football clubs with the new additions including Degerfors IF, IF Elfsborg, Kalmar FF, IFK Norrköping, Norrby IF, IK Sirius, Trelleborgs FF, Västerås SK, and Östers IF. The newcomers are joined by returning teams AIK, Djurgårdens IF, AFC Eskilstuna, Hammarby IF, Helsingsborgs IF, BK Häcken, J-Södra, Malmö FF, GIF Sundsvall, Örgryte IS, and Örebro SK. Participating teams will consist of at least two professional FIFA players that will try to secure the title during the season finals set to take place during the second weekend of May.

“The first edition of eAllsvenskan did set a new standard for what competitive FIFA could be in Sweden,” said Niclas Jansson, Head of Digital at Svensk Elitfollboll. “It feels great that we’re back, following some tinkering, with a new and improved season.”

“The FIFA esports scene continue to grow every year and eAllsvenskan is definitely the championship for football club teams in Sweden. The second season will feature 20 clubs and it is broadcasted on several platforms where gamers have a presence,” said Marcus Lindmark, co-CEO at DreamHack.

eAllsvenskan Season 2 is divided into three phases with a four weeks long online stage kicking things off by deciding the seeds for phase 2. The second phase is another group stage during April 9-10, this time in the studio, and features four groups of five teams each. The top two teams of each group will qualify for the season finals in May.

The online stage will be broadcasted through the clubs’ own Youtube/Twitch channels. For the studio group stage and the season finals, broadcasts will be moved to Discovery Network Sweden’s OTT platform Dplay as well as eAllsvenskan’s own Youtube and Twitch channels.

The online stage will be decided using a Swiss format, with every round played in “best of five”. The initial matchups will be decided by a draw on Friday March 6. The draw will be broadcasted on eAllsvenskan’s Twitch channel.

• The league consists of 20 teams.
• Every team is represented by at least two professional FIFA players.
• The league runs for two months, starting March 10.
• Phase 1: Online stage using a Swiss format, played in best of five games over for rounds. Every round is preceded by a draw deciding what teams will face-off against each other with the remaining rounds being comprised of as equal matchups as possible decided as follows; A team winning their initial matchup will be matched against another winner in the next, with initial losers also facing each other. Each individual player may play a maximum of three games during a round and no more than two in a row.
• Phase 2: Teams will be divided into four groups based on their seeding from the first phase and then play against the other teams in their group once. The top two teams of each group advance to the season finals. Every round of the studio group stage consists of two matches (with different players). Three points will be awarded to a team winning both matches while both teams will get one points each in case of a draw.
• Phase 3: A total of eight teams will make their way to the season finals during the second weekend of May. The quarterfinals and semifinals will use the same format as the studio group stage, with the grand final being decided over three matches.
• The winners of eAllsvenskan will receive a SEK 200,000 cash prize and the title of Swedish Champions. The total prize pool of eAllsvenskan Season 2 is SEK 400,000.
• eAllsvenskan uses EA SPORTS FIFA 20 on PlayStation 4 using the FIFA Ultimate Team mode. So called “super accounts” will be used during the studio group stage and season finals, unlocking all FIFA Ultimate Team players.
• eAllsvenskan is a part of EA SPORTS FIFA 20 Global Series and will award ranking points towards qualifying for the FIFA eWorld Cup finals. 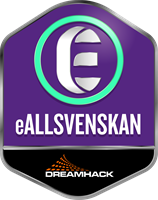 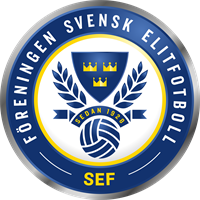