DreamHack, the world’s largest digital festival, furthers its esports investment, launching a new Rocket League tournament series – the DreamHack Pro Circuit – featuring four stops for 2019. With a prize pool of $100,000 per stop, DreamHack Pro Circuit is sure to attract the best teams in the world, alongside many new challengers, as each stop also features an open bracket 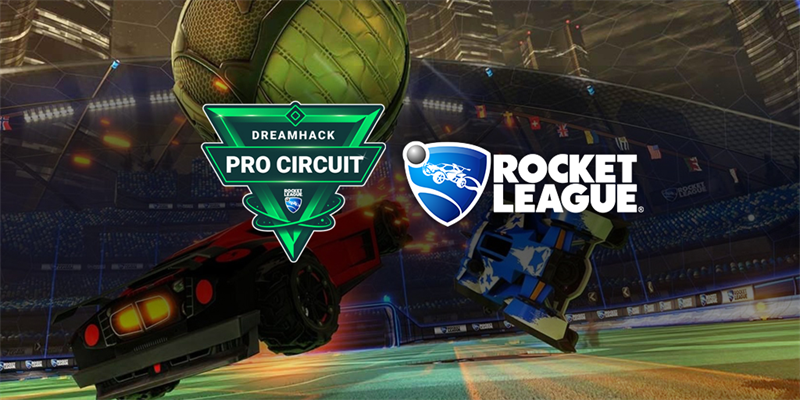 “Having already hosted three international Rocket League tournaments through 2017 and 2018 we’ve seen first hand both the size and passion of the Rocket League audience,” said Michael Van Driel, Chief Product Officer at DreamHack AB. “The launch of the DreamHack Pro Circuit represents our commitment to Rocket League and we are looking forward to a big year where we can continue to innovate and create four of the most compelling Rocket League championships to date.”

“Over the past two years we have developed a strong relationship with our partners at DreamHack, and are excited to build upon that success to bring four new live championship events to the Rocket League Esports ecosystem with the introduction of the DreamHack Pro Circuit,” said Josh Watson, Esports Operations Manager, Psyonix. “The DreamHack team has continuously demonstrated that they share Psyonix’s commitment to providing top-tier products and rewarding competitive environments, and we’re looking forward to continuing to work together to make Rocket League a huge success at DreamHack in 2019!”

The first stop for DreamHack Pro Circuit in 2019 will be hosted at DreamHack Leipzig, on February 15 – 17 next year. More information on qualifiers will be released at a later date.

Each stop will feature a $100,000 prize pool, a minimum of slots for 32 teams to compete, and a combination of online qualifiers, direct invitations and an onsite open bracket. More information will be released in the coming weeks as well as the additional stops.

Be sure to follow @DreamHackRL on Twitter for all the latest news about DreamHack’s Rocket League activities. Tickets for DreamHack Leipzig are already on sale and can be found at DreamHack-Leipzig.de for those interested in being a spectator at the first stop live onsite.

ABOUT ROCKET LEAGUE
Winner or nominee of more than 150 “Game of the Year” awards, Rocket League is one of the most critically-acclaimed sports games of our generation. Boasting a community of more than 51 million players, Rocket League is a high-powered hybrid of arcade-style soccer and vehicular mayhem with easy-to-understand controls and fluid, physics-driven competition. Available on Nintendo Switch™, PlayStation®4 computer entertainment system, Xbox One, Windows PC, Mac, and SteamOS via Steam, Rocket League includes more than 500 trillion possible customization combinations, a fully-featured offline season mode, multiple game types, casual and competitive online matches, and special “Mutators” that let you change the rules entirely.