STOCKHOLM – DreamHack, producer of the popular Dota 2 tournament DreamLeague, is happy to announce DreamLeague Season 13 as a Dota Pro Circuit (DPC) Major to be held in Leipzig, Germany during January 2020. This will be the third time that DreamLeague has been chosen to host a DPC Major, featuring a $1,000,000 prize pool and 16 of the best Dota 2 teams in the world. Starting on January 18, the Major culminates in live finals at DreamHack Leipzig on January 24-26 next year, giving the German crowd the chance to witness world-class Dota 2 action live.

“We at DreamHack are proud that Valve, once again, has chosen DreamHack to host a DPC Major”, said DreamHack co-CEO Marcus Lindmark. “We aim to bring the same feeling delivered during DreamLeague Season 11 in Stockholm, Sweden, to our event in Leipzig, meaning that the tournament will be packed with exciting games, great entertainment, and an opportunity for Dota 2 fans to come closer to, and cheer for their favorite teams and players.”

DreamLeague Season 13  will be the first DPC Major of 2020 and the second of the 2019/2020 season, featuring a total of 16 teams from 6 regions (North America, South America, Europe, China, Southeast Asia, and CIS). Participating teams will be decided by regional qualifiers as well as by a Minor event, preceding the Major, where the winners claim a spot to DreamLeague Season 13.

Last time DreamHack and DreamLeague hosted a DPC Major was in March 2019, as Stockholm hosted the event in a packed arena. Winner of the Major was the Chinese team Vici Gaming which later came to claim another Major win during the 2018-2019 Dota Pro Circuit season.

DreamHack Leipzig is held at state-of-the-art Leipziger Messe, consisting of five fair halls spanning over 111,900 square meters exhibition space and 70,000 square meters of open area. Next year's edition of DreamHack Leipzig will be the biggest to date, with DreamLeague Season 13 being the most prestigious esports tournament ever held at the German festival. Also featured is DreamHack Open, part of the ESL Pro Tour (CS:GO), and a Super Smash Bros. Ultimate tournament that is a part of the Super Smash Bros. Ultimate European Circuit.

Additional information regarding the regional qualifiers and the preceding DPC Minor will be released at a later date.

Stay updated and find more information by visiting dreamhack.com/dreamleague and dreamhack-leipzig.de/en/. DreamLeague Season 13 tickets will be released on Tuesday, October 22, 2019.

Founded in the fall of 2013, DreamLeague is one of the longest-running Dota 2 tournaments in the world. Celebrating ten seasons in November 2018 by hosting its second DPC Minor, and hosting DPC Majors in the past, DreamLeague is a prestigious tournament run by the experienced crew from DreamHack.

Find out more about DreamLeague on dreamhack.com/dreamleague. 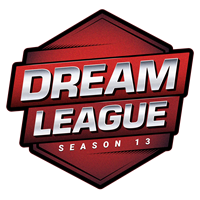