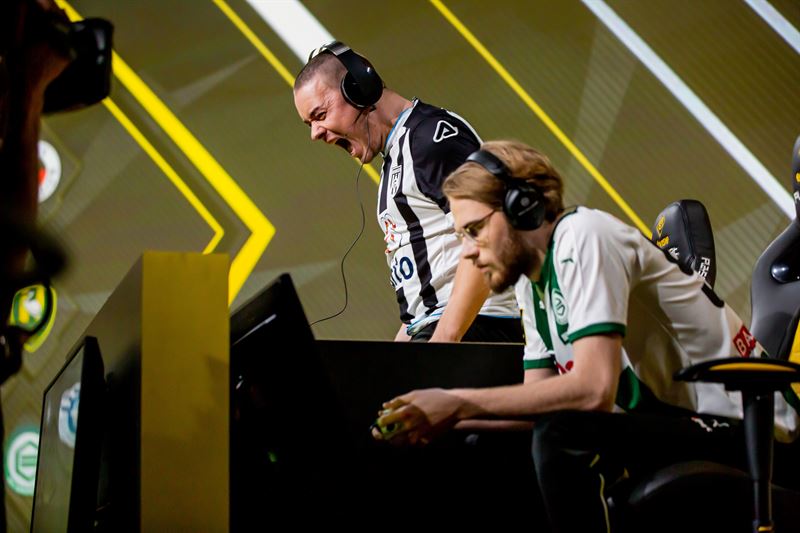 The Dutch League, Eredivisie, and esports production company DreamHack are proud to unveil that they will be joining forces around the Dutch FIFA 20 League, eDivisie. The goal is to bring Dutch esports to the next level and to create the world’s leading competitive EA SPORTS FIFA 20 league, partly by introducing a huge amount of prize money.

Aiming at making the eDivisie the biggest, most spectacular, most innovative and entertaining esports league in the world. Those are the ambitious buzzwords capturing the foundation and vision of the new forceful partnership between the Dutch League, Eredivisie, and DreamHack. The vision of the cooperation between Eredivisie and DreamHack is to grow on the core competencies and strengths that the two parties bring into the partnership. With eDivisie, Eredivisie and the Dutch clubs have created an extensive EA SPORTS FIFA gaming community and fanbase with huge interest for the game in The Netherlands, incomparable to any other country. Combining this with DreamHack’s experience in creating powerful esports media products, the expectations to what eDivisie can evolve into in the near future, are huge for both parties.

The eDivisie is the Official League qualifying tournament for the EA SPORTS FIFA Global Series, a league for the Eredivisie clubs, parallel to the Dutch football league. In the eDivisie, EA SPORTS FIFA 20 players representing the clubs will battle for the virtual championship in FIFA Ultimate Team. In the latest season of FIFA19 the eDivisie broadcasts and streams reached a total of impressive 17,550,000 views and with a total fan base of 174,000 followers on social media channels Instagram, YouTube, Twitter and Facebook, eDivisie is the biggest national FIFA 20 league in the world measured on social media following.

“We are very happy and proud to welcome DreamHack as our partner, bringing years of international esports tournament experience to the table. We see this as a big recognition of and reward for building the eDivisie for the past 2.5 years and we are very excited about the high expectations we have to this new partnership,” said Marc Rondagh, Business Development Manager at Eredivisie. “We really feel that we are at a point where we are ready to take the next big step and scale up the eDivisie, so we can bring an even bigger and better competitive FIFA league to all the fans out there.”

“We are very proud to team up with a strong partner like Eredivisie. Eredivisie and the Dutch football clubs have been engaged in esports for some time and have built a very strong foundation with their FIFA league, eDivisie. Several of the world’s top FIFA players are Dutch and millions of Dutch gamers play FIFA on a regular basis, so we believe that The Netherlands has a huge potential of being an absolute frontrunner country in competitive FIFA,” said Peter Nørrelund, co-CEO of DreamHack. “In DreamHack we have had great success with launching FIFA Global Series Qualifying League programs in Denmark and Sweden this past year where our vision has evolved around creating strong live media products with massive volume in state of the art broadcast quality. The championships culminated in massive esports events hosted in grand arenas so that all the FIFA fans out there now also have a premium entertainment and esports experience to celebrate. In our first year with Danish football esports League, eSuperliga, we managed to bring a total of 3800 Danish eSuperliga fans to our two Grand Arena Finals Event, and we have great ambitions of taking eDivisie even further than this together with Eredivisie.”

Eredivisie and DreamHack will soon reveal all details around what fans and viewers can expect of the upcoming season of eDivisie. As a minimum, these changes will imply that the entirety of eDivisie will be live produced as a full-scale league, with fans attending the games, and prize money (€ 100,000 in total). Also, eDivisie will continue to feature a competitive FIFA team from each of the top-flight football clubs in The Netherlands, but all clubs will upgrade their teams to consist of a minimum of two professional players and a coach. The new competition starts at the end of October.

ABOUT EDIVISIE
The edivisie is an initiative of the Dutch Eredivisie, together with its 18 clubs, EA SPORTS™, Endemol Shine Nederland and Dreamhack. In the eDivisie FIFA players representing the clubs will battle for the virtual championship in FIFA Ultimate Team. The edivisie is powered by Basic-Fit, Domino's and 433.