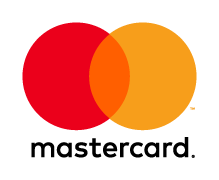 Mastercard is Official Payment Partner of the NLC

STOCKHOLM/COLOGNE/NEW YORK — ESL Gaming, the world’s largest esports company, and Mastercard have announced the renewal of their partnership for the Northern League of Legends Championship (NLC). As part of the agreement, Mastercard will continue as the Official Payment Partner of the NLC offering “Priceless Play of the Match” rewards for viewers of the NLC.

The NLC is a Northern European league in Riot Games’ highly-popular, competitive, and fast-paced, action-strategy game run by ESL Gaming through the DreamHack brand. The first season was picked up by Fnatic Rising who will now return to defend their title with the start of the NLC 2021 Spring Split on January 19, 2021.

“The first year of the NLC was a huge success, so we couldn’t be happier to continue our partnership with  Mastercard — their ongoing support of this industry and our community is immensely valuable,” said ESL Gaming Chief Product Officer Sebastian Weishaar. “We look forward to offering even more content to our fans of the NLC throughout 2021.”

“League of Legends is central to our increasing support of eSports around the world, so we look forward to further strengthening and growing our relationship with ESL Gaming for the Northern League of Legends Championship,” said Jeannette Liendo, Senior Vice President of Marketing and Communication for Mastercard in Europe. “Given the challenges of the last year, we find it especially important to help bring the gaming community together across Northern Europe. We look forward to celebrating the best of League of Legends play, while also helping fans explore their passions through unique priceless experiences and rewards.”

Among the successes of the Fall partnership was the creation of custom broadcast segments. The NLC and Mastercard will build on this accomplishment by developing these segments further. In addition, the Give Away Rewards — during which Mastercard gives back to the fans — will also continue. Some of the expanded broadcast segments will include:


The NLC is the top league in a new competitive ecosystem, where the best teams compete from the Telia Esports Series — which has expanded from Finland to Norway, Denmark, and Sweden — featuring national leagues and DreamHack-operated UKLC in the UK and Ireland.

Full details about the NLC is available on

ESL Gaming is the world’s largest esports and gaming lifestyle company. Since 1994, the company has been shaping the industry and leading esports and gaming innovation on a global scale across the most popular video games with numerous online and offline esports competitions, and through premier gaming lifestyle festivals. The company operates high-profile, branded international leagues and tournaments under the ESL Pro Tour, including ESL One, Intel® Extreme Masters, DreamHack Masters, ESL Pro League, and other preeminent, stadium-size tournaments. ESL Gaming also produces and hosts DreamHack Open tournaments, ESL National Championships, grassroots amateur cups, matchmaking systems, and DreamHack’s gaming lifestyle festivals — which feature everything gaming under one roof. ESL Gaming is part of MTG, the leading international digital entertainment group. More information is available at about.eslgaming.com.

About Mastercard (NYSE: MA), mastercard.com Mastercard is a global technology company in the payments industry. Our mission is to connect and power an inclusive, digital economy that benefits everyone, everywhere by making transactions safe, simple, smart and accessible. Using secure data and networks, partnerships and passion, our innovations and solutions help individuals, financial institutions, governments and businesses realize their greatest potential. Our decency quotient, or DQ, drives our culture and everything we do inside and outside of our company. With connections across more than 210 countries and territories, we are building a sustainable world that unlocks priceless possibilities for all.
Follow us on Twitter @MastercardEU @MastercardNews, join the discussion on the Beyond the Transaction Blog and subscribe for the latest news on the Engagement Bureau. 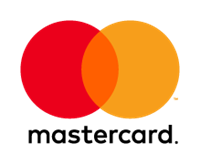