STOCKHOLM — DreamHack has announced that Roger Lodewick has been appointed as Co-CEO to manage DreamHack alongside current Co-CEO Marcus Lindmark.  Lodewick succeeds Peter Nørrelund, who has been appointed CEO of the new DreamHack Sports Games, a new entity within MTG’s esports vertical. Both Lodewick and Nørrelund will report to MTG President and CEO Jørgen Madsen Lindemann.

“We strongly believe in continued convergence of traditional sports and esports from not only the  league perspective, but also from a viewer and fan perspective — so we are keen on investing further to maintain a leading position in esports productions for traditional sports,” said Jørgen Lindemann, President and CEO of MTG. “Peter Nørrelund brings a wealth of experience, a vast network in sport, and a proven track record as a leader to DreamHack in his new role.”

Lindemann continued: “I’m pleased Roger Lodewick has agreed to head up DreamHack together with Co-CEO Marcus Lindmark. His business acumen and his experience, from both traditional sports and running a growing, digital entertainment company, is a great fit for DreamHack’s needs. I’m confident he will greatly support our work to commercially professionalize the esport industry.”

Peter Nørrelund, who has served as EVP, Head of Product Development and Incubation and Co-CEO of DreamHack since May 2018, has been appointed CEO of the new entity. Nørrelund joined MTG in 2003 and headed up the Danish sports operations from 2004. He has been responsible for all sports rights acquisitions since 2006 and was appointed MTG Head of Sport in 2013. He holds a degree in journalism from the Danish School of Media & Journalism, and prior to joining MTG he worked as a reporter, commentator, host and Editor-in-Chief at Danish Broadcasting Corporation, Denmark's oldest and largest electronic media enterprise.

Roger Lodewick has a track record of creating, repositioning, operating and selling global digital and media products for more than 15 years.. He has extensive experience from TEAM Marketing AG, UEFA's exclusive marketing agency for the UEFA Club competitions, where he centralized the UEFA Cup commercial rights and, in 2009, rebranded the UEFA Cup into the UEFA Europa League. He later moved to sales, where he was responsible for the media right sales of the UEFA Champions League and UEFA Europa League in over 15 European territories and Sub-Saharan Africa. He has a degree from Fontys Economic University in the Netherlands, and an International Master in Management, Law & Humanities of Sports from SDA Bocconi (Italy), Université de Neuchâtel (Switzerland) and De Montfort University (UK). 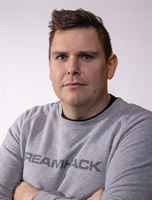