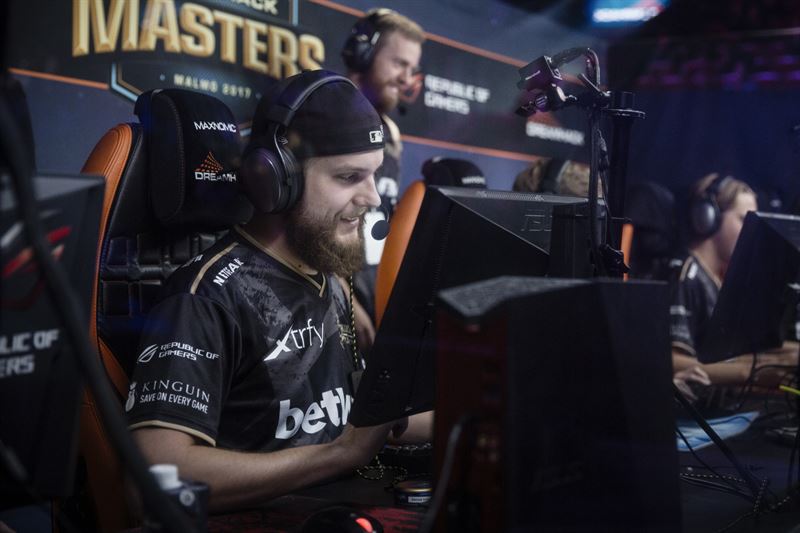 Ninjas in Pyjamas has been around for a very long time and were among the first teams to transition into Counter-Strike: Global Offensive when the game launched in 2012. Since then, the Swedish squad has reached a legendary status within the CS:GO community, featuring some truly legendary players over the years. Winners of the first CORSAIR DreamHack Masters, which took place in Malmö. Sweden, in 2016, can they claim the title once again when back on home turf?

France-based team Vitality is also awarded an invite. The team, comprised of players with great experience and some raw young talent, has quickly become a challenger to the very best. Last time CORSAIR DreamHack Masters was held in Malmö back in 2017, two of the team's players ended up claiming the title and lifting the trophy in front of the Swedish crowd at Malmö Arena.

CORSAIR DreamHack Masters features 16 of the best CS:GO teams in the world, battling out in the hunt for the big share of the $250,000 prize pool. The tournament is split into two stages, a group stage — played at Malmömässan;  and the playoffs — played in front of the crowd at Malmö Arena.

More invited teams will be announced in the future, with some of the 11 remaining spots being decided by online qualifiers.

MALMÖ GAME WEEK
Malmö, home to several successful game developers, is determined to become one of the leading
gaming hubs in Europe. As part of this aspiration, the city has created Malmö Game Week to connect the industry, the game developers and the community through different events including esports, board game championships, BYOC LAN, cosplay, expos, conferences, workshops. One esports event to be featured during Malmö Game Week is the Esports School Championship —  an activity sure to engage both youth audiences and parents alike.

MALMÖ LAN
Premiered  in 2018, MalmöLAN is now a BYOC LAN event in Malmö that, last year, had 500 seats in its LAN area. Now MalmöLAN returns for a second edition as part of Malmö Game Week, September 27-29. Last year’s event featured BYOC tournaments, expo, cosplay and much more. More information will be released regarding the 2019 edition soon.