From Tampere to Saudi-Arabia 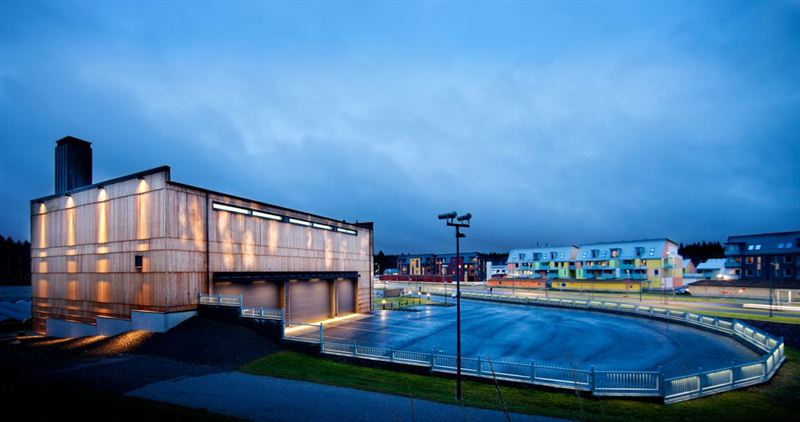 Tampere acts like a living lab for companies developing smart city technologies. One great example is the pneumatic waste collection system in the Vuores suburb, which was used as a reference for Mecca in Saudi Arabia.

Although Finland is a fairly small country, it offers an ideal testbed for next generation cleantech applications. Likewise, Tampere is no exception, and the Vuores suburb is a great example of what innovations can be brought to the city and to business.

“There’s a lot of discussion about innovation platforms and what a city as an innovation platform means. In Tampere, we see the city as a platform provider, co-creator, and an innovative customer. The Vuores project is a perfect example of that,” says Oula Välipakka, Director of Renewing Industry at Tampere Region Economic Development Agency Tredea.

The Vuores suburb will be the future home of 13 000 inhabitants, creating 1.9 million kg of residential waste and 650 000 kg of office waste annually.

“Pirkanmaan Jätehuolto is a municipally owned company, so the concept of corporate social responsibility is broader to us than for a for-profit company. We saw that a pipeline for waste collection could significantly reduce the environmental impact in Vuores; as, with the MariMatic solution, waste and recyclables are conveyed through underground/above-ground pipelines with no need for traditional garbage pick-up. The pneumatic waste collection system is also an ecological choice: it only requires one fifth of the energy consumed by traditional waste transportation. The Vuores suburb served as a fine experimentation platform for this innovation, which will now be extended to other parts of the Tampere region,” states Harri Kallio, Managing Director at Pirkanmaan Jätehuolto.

“The Vuores project has been an important reference point for our international projects. Currently, for example, MariMatic is building the world’s largest automatic waste collection system for Mecca, Saudi Arabia, where – during Ramadan and Hajj – 600 tons of waste are generated daily by 2 million people. We´re now on a good track opening the doors for global export with this system,” says Mika Koivisto, VP Sales and Projects at MariMatic Oy.