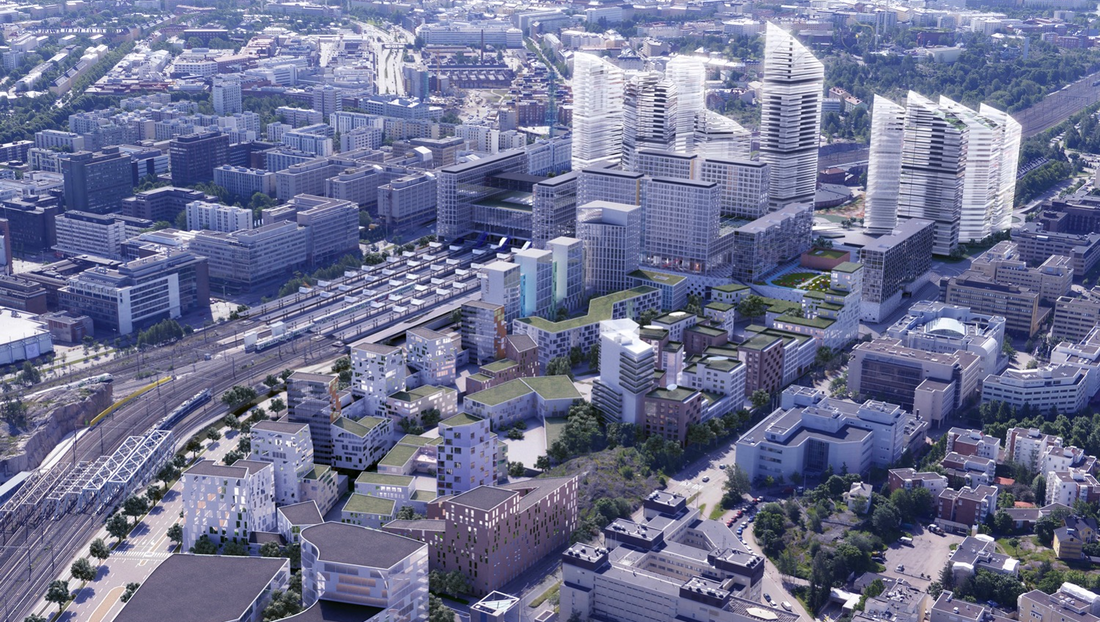 Finland has come a long way during its 100 years of independence. It has developed from a simple agrarian country to a global leader in everything from education to innovation. Developing alongside the Finnish nation has been Senate Properties, the state-owned manager of the Republic’s real estate assets.

Since 1811 Senate Properties has been managing real estate for the Finnish people. This includes everything from prisons to the National Museum. The Finnish government is releasing an increasing number of properties for sale and development because they are no longer needed for public use, due to structural changes in state administration, the increasingly digital and mobile nature of work and sustainable development considerations. Often these properties have been in public hands for decades, if not longer, and are in extremely sought-after areas never before open to private development.

A good example is in Pasila, almost the centre of Helsinki, where the state no longer needs a massive railyard. This freed up a giant chunk of prime real estate. Minna Aarnio of Senate Properties says Pasila is one of the most exciting development area in southern Finland.

“Pasila is really, finally, going to be the new heart of Helsinki,” Aarnio continues. “There will be 3.2 million square metres of floor space in Pasila with thousands of homes and offices and a huge commercial block. Private investors are invited to join the development.”

Senate Properties works in partnership with local authorities and private developers. The same process is happening in a new project in Tikkurila, Vantaa, at Kielotie 15.

“This is an old office building to be demolished,” says Senate Properties’ Marjaana Berger. “It is a fantastic location near the railway station and city hall. In the fall of 2017 we will open a competition, looking for partners who can put together a plan for residential rezoning and new construction.”

Kielotie 15 is an important project for the city of Vantaa, and in fact the city has their own commercial project right next door. The combined projects are a way to bring new, exciting development to a prime area.

“Over the years we have been an important player in Finland’s real estate development,” says Mauri Sahi of Senate Properties. “We see ourselves as midwives, assisting property to get a new life. This is more important than ever after 100 years of independence.”