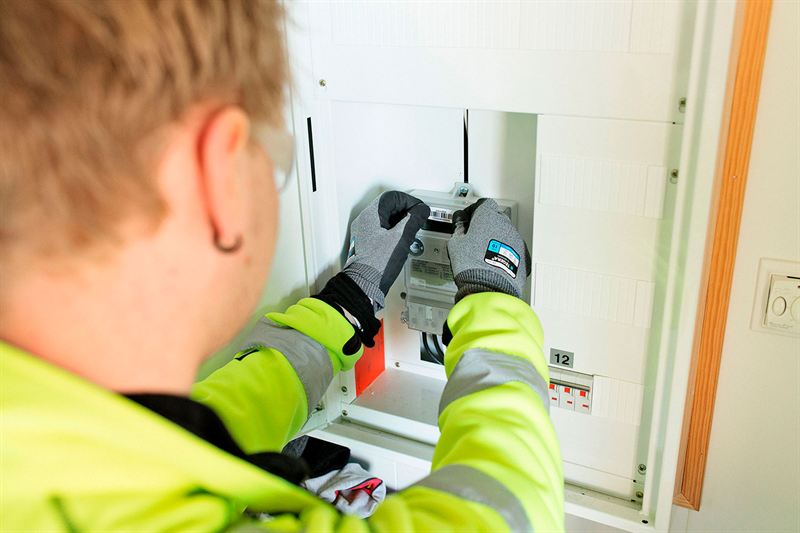 Eltel’s smart metering roll-out in Norway has passed an important milestone and the company is now making over 1,000 installations per day. Eltel and Hafslund Nett signed a smart metering roll-out contract for 630,000 direct measured meters in April 2015, to be completed by 2019. Roll-out with Kamstrup A/S in Denmark for Radius (formerly DONG Energy Eldistribution) has started and is now in the pilot phase. Eltel’s total reference is exceeding roll-outs of more than five million smart meters.

Already in 2006, Eltel started its smart metering business in Finland and Sweden and in ten year’s time the company has installed 3.5 million smart meters in Finland, Sweden and Denmark. After the Hafslund contract, Eltel also won projects in 2015 with Skagerak Nett and the Soria consortium, both in Norway. Norway is now the last Nordic country to roll-out modern smart metering systems and, according to regulation, these have to be completed by 2019.

In November 2015, Eltel announced a roll-out and implementation contract with Kamstrup in their project with Radius in Denmark. The Radius project is the largest smart meter roll-out in Denmark and Eltel’s share will be 500,000 smart meter changes. Today, Eltel counts a total order backlog of approximately 1.6 million smart meter roll-outs to be completed during 2019, bringing the total reference of roll-outs to more than five million smart meters. In spring 2016, Eltel entered the German metering market through two acquisitions.

Project ramp-up with Hafslund – piloting phase with Kamstrup in Denmark

The pilot phase in the Kamstrup project for Radius started in December and is planned to be completed in February 2017. The plan is to start mass roll-out in summer 2017 to be completed by the end of 2019.

“Smart metering is one of Eltel’s most prospective growth areas where we have ten years of experience and a clear market leading position in the Nordic countries. The experience in starting and ramping up of the project with Hafslund Nett has been really good, our team is highly motivated, roll-outs are ongoing according to schedule and end customer feedback has been positive. This roll-out has passed an important milestone and we are now making over 1,000 installations daily. The model has been tested with great success in Finland and Sweden and is now showing good results also in Norway. Currently, we have more than 100 technicians making installations for Hafslund.

In Denmark, Eltel has rolled out over 800,000 smart meters in the years 2007-2012. The Kamstrup project for Radius is important proof of our efficient solution and continued competitiveness. We recently won another rollout contract for 50,000 smart meters for electricity, heat and water. Our entry in Germany has added to the portfolio of Eltel’s metering services and more references also with gas and water. Eltel will participate in e-world in Essen on 7-9 February, the largest exhibition of its kind in Germany.”

About Eltel
Eltel is a leading European provider of technical services for critical infrastructure networks – Infranets – in the segments of Power, Communication and Transport & Security, with operations throughout the Nordic and Baltic regions, Poland, Germany, the United Kingdom and Africa. Eltel provides a broad and integrated range of services, spanning from maintenance and upgrade services to project deliveries. Eltel has a diverse contract portfolio and a loyal and growing customer base of large network owners. In 2015 Eltel net sales amounted to EUR 1,255 million. The current number of employees is approximately 9,600. Since February 2015, Eltel AB is listed on Nasdaq Stockholm.

Eltel is a leading Nordic field service provider for power and communication networks. We deliver a comprehensive range of solutions – from maintenance and upgrade services to project delivery. This includes design, planning, building, installing and securing the operation of power and communication networks for a more sustainable and connected world today and for future generations. In 2019, Eltel had annual sales of EUR 1.1 billion. The total number of employees currently stands at around 6,200. Eltel AB is listed on Nasdaq Stockholm.