Increase in number of shares and votes in Enea AB (publ)

As previously announced, Enea AB (publ) (“Enea”) has carried out a directed share issue of 1,624,000 shares to qualified investors at a subscription price of SEK 100 per share.  As a result thereof, the number of shares and votes in Enea has changed and amounts today, the last trading day of the month, to 17,864,231. This information is information that Enea AB (publ) is obliged to make public pursuant to the Swedish Financial Instruments Trading Act. The information was submitted for publication at 14:00 CEST on March 31, 2017. For more information visit www.enea.com or contact:

The Board of Enea uses its authorization to acquire treasury shares

Strong cash flow but weak sales for the quarter in USAEnea’s net sales fell by 6.2 percent over the second quarter. The operating margin for the Group was 4.1 (9.5) percent. The operating profit of SEK 7.4 (18.3) million was affected by restructuring costs of SEK 4.6 million in the second quarter. The Software business unit reported that its sales were down 9.4 percent due to a quarter of very weak sales in the USA and France. Other geographical regions reported growth, however. The number of design wins in the Software business area amounted to 17 compared with 29 over the second

STOCKHOLM, Sweden, 31 May, 2011 – In accordance with a decision made by the Annual General Meeting on April 7, 2011, an automatic redemption program was implemented throughout April and May 2011, which means that the company's shares were first doubled by means of a split to 36 162 342 shares, after which the new 18 081 171 shares were redeemed through reduction of the company's share capital for repayment to shareholders. The share capital was then restored by means of a bonus issue without issuing new shares. The Annual General Meeting decided at the same time to invalidate some of the

STOCKHOLM, Sweden, 7 April, 2011 – The annual general meeting of Enea AB (publ) was held on Thursday 7 April 2011, 4:00 pm at Enea AB, Skalholtsgatan 9, Kista. The following was decided by the annual general meeting. Adoption of the profit and loss account and the balance sheet The AGM adopted the profit and loss accounts and the balance sheets of the Parent Company and the Group for the financial year 2010. Dividend The AGM resolved that no dividend will be paid. Instead, an automatic program of redemption of shares to a value of SEK 5.00 per share was approved by the AGM.

Enea's cancellation of own shares

The Board of Enea resumes acquisition of treasury shares

STOCKHOLM, Sweden, 25 May, 2010 - Enea (NASDAQ OMX Nordic:ENEA) has decided to use the authorization received at the annual general meeting to acquire and transfer treasury shares.     The authorization implies that acquisition of treasury shares on Nasdaq OMX Stockholm, or in any another way, may at each time not lead to that held shares exceed ten per cent of all shares in the Company. Acquisitions of shares on the stock exchange may only be made at a price within the registered price interval at the stock exchange. Transfer of shares in connection with acquisitions of businesses may

STOCKHOLM, Sweden, 19 April, 2010 - The annual general meeting of Enea AB (NASDAQ OMX Nordic:ENEA) was held on Monday 19 April at Enea's premises in Kista, Sweden. Adoption of the profit and loss account and the balance sheet The annual general meeting (AGM) adopted the profit and loss accounts and the balance sheets of the Parent Company and the Group for the financial year 2009. Dividend The AGM resolved that SEK 1.50 will be paid in dividend per share. It was decided that the record day for distribution is 22 April 2010. Board of Directors The AGM discharged the members

Enea share to trade at new price as of May 30, 2008 due to consolidation of shares 1:20 (correction of information in previous news release)

STOCKHOLM, May 29, 2008 · Last day for trading in non-consolidated shares: Thursday, May 29  · First day for trading in consolidated shares: Friday, May 30  · Record date: Tuesday, June 3, 2008  · The consolidated shares are registered in the share ledger Wednesday, June 4, 2008  Upon implementation of the consolidation of shares 1:20 with record date Tuesday June 3, 2008 the number of Enea shares will be one twentieth of the current number as of June 4, 2008 and all shareholders will hence have their number of shares adjusted by this factor. The means that the Enea share

STOCKHOLM, May 27, 2008 - The annual general meeting of Enea AB (corporate identity number 556209-7146) held on May 15, 2008 resolved that a consolidation of shares 1:20 take place so that 20 existing shares be consolidated into one share in order to obtain an appropriate number of shares. The Board of Directors of Enea has today, based on the authorization by the annual general meeting, decided that the record date for the consolidation of shares shall be Tuesday, June 3, 2008. If the holding by a shareholder does not correspond to an even number of new shares, surplus shares will be sold 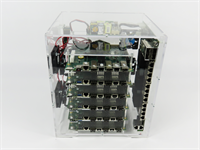 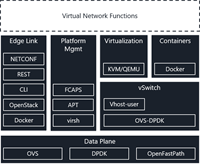 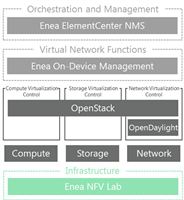 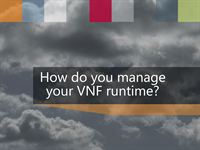 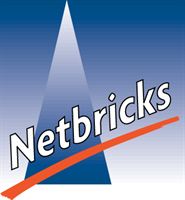 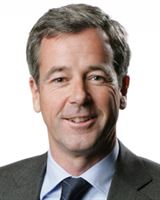