Onshore marine energy developer, Eco Wave Power (EWPG Holding AB), has taken the next step towards commercialization of its wave energy technology. The company has finalized the assembly of the hydraulic energy conversion unit for its Jaffa Port project and entered the electrical assembly phase, to be executed by Siemens. 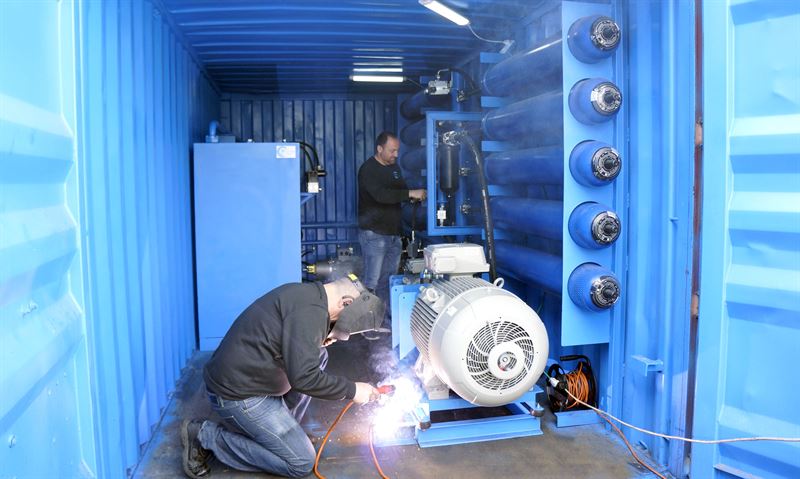 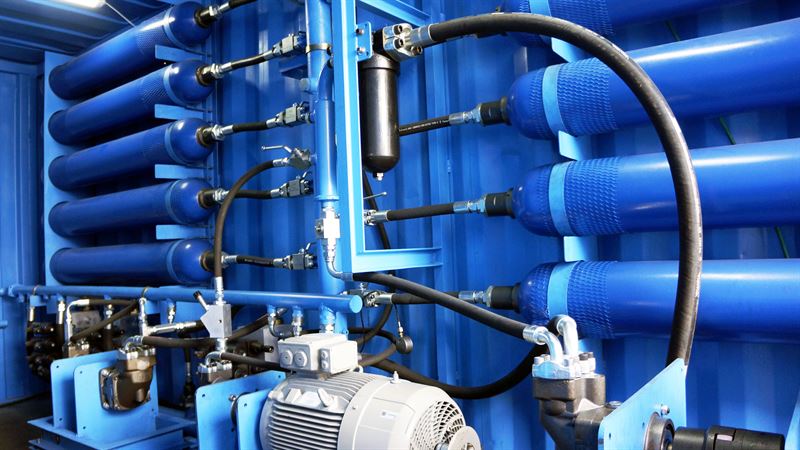 The hydraulic conversion unit is an integral part of the Eco Wave Power technology as it is used to convert pressure (created by the waves) into clean electricity. During operation mode, the floaters compress and decompress hydraulic pistons which transmit bio-degradable fluid into land located accumulators. In the accumulators, pressure is being built, which is used to rotate a hydraulic motor, rotating the generator and transferring clean electricity into the grid via an inverter. The fluid, after decompression, flows back into the hydraulic fluid tank, where it is then re-used by the pistons, thus creating a closed circular system.

The entire hydraulic unit has been assembled in a standard-sized shipping container located on land, just like a traditional power station. The compact and portable design allows for simple and efficient transportation to the site. Furthermore, the operation and maintenance will be fully performed from the land side, with no need for divers, marine vessels, underwater mooring, cables, and other expansive marine installation, operation and maintenance methods which are necessary for offshore solutions.

In parallel to finalizing the assembly of the EWP hydraulic conversion unit, Siemens commenced the electric assembly and installation works. This process will be followed by final wave simulation testing prior to transportation to the final implementation site for installation and grid-connection.

“The results achieved thus far by our engineering team and sub-contractors strengthen our belief in the commercial viability of Eco Wave Power’s technology. The expansion of the Jaffa Port project, in collaboration with EDF Renewables IL and co-funding from the Israeli Energy Ministry, will significantly upgrade the EWP technology and reduce scaling risks in our commercial-scale projects” says Inna Braverman, Founder and CEO of Eco Wave Power”.