The team at The Expat Survey is hearing British expats loud and clear.

As the IN or OUT referendum approaches on the 23rd June 2016 British expats are certainly having their say in a massive way in The Big BreXpat Survey. They have been making their voices heard!

Here the Intel unit announces its first round of insights:

So far 61% have registered to vote. Of those that haven’t the main reason is the 15-year rule.

So, how are British expats really feeling about the Brexit? 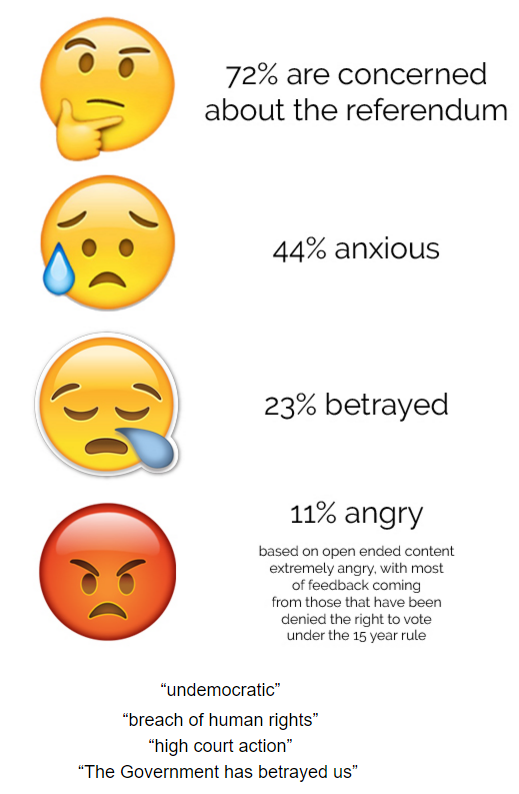 When asked do you want to stay in the EU or not, this was the result

If the UK does exit the EU, what are British expats proposing to do about it?

1) Take dual or solo nationality of the country they are resident in.

2) Sell all UK assets and investments held in the UK and stop paying any tax into the UK system.

3) Reluctantly return to the UK if their financial position deteriorates as a result of the exit.

If you are a British expat and want to have your say, here is still time to do so.

The results will be sent to the leaders of each political party, the Electoral Commission and the media. Click here to have your say now.