The Greek crisis through expat eyes

Tsipras, Syriza and the Bailout that has brought Greece to crisis, as seen by a near 8.4% of the Greek population that can be considered expats 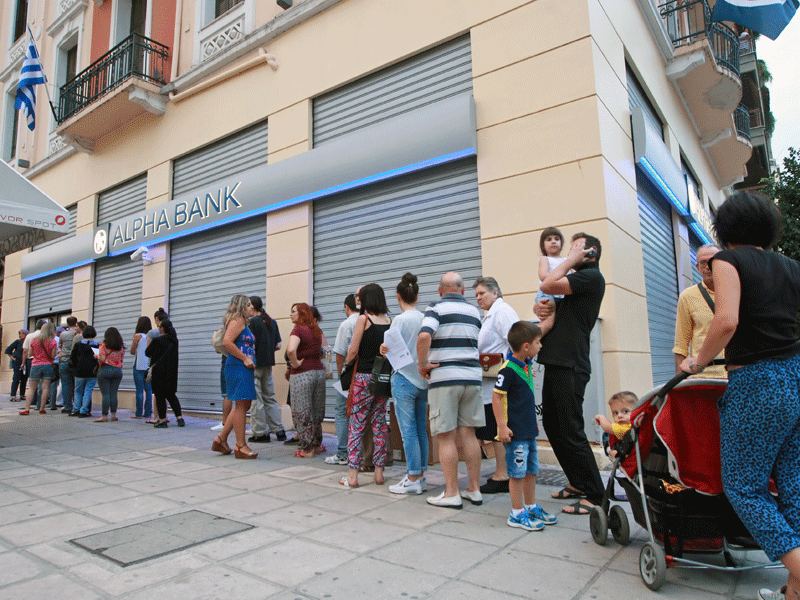 Greece has become a focal point in global news over the last months; a debt crisis has brought a nation to its knees while in external disrepute with the EU elite. The initial bailout proposal was rejected resoundingly by a 61% majority, a keen show of solidarity and a bookmaker’s upset, only for the second to be accepted all to suddenly.

Had fear and panic set in for Tsipras and his Syriza party? Or did pragmatism override ideological concerns? Perhaps the resigning of finance minister Yannis Varoufakis was to foreshadow such inevitability – that the far-left Greek government was to eventually submit to the will of the Merkel circle.

The shock and hope of the ‘no vote’ was committed to vlog by Channel 4’s Paul Mason (https://www.youtube.com/watch?v=5xsCagry-0g) whose youtube soliloquy was the best performance on a rooftop since The Beatles brought Oxford Circus to a standstill. It seemed that Greece was to ask more of the EU, to push the boundaries of membership.

Beyond journalism, looking at the expat reaction we can gain a key insight in what the Greek bailout crisis feels like.

Greek expats (both Greek nationals living abroad and foreign-born natives of Greece) are positioned to have some of the most sensitive and nuanced reactions to the decline of Greece. These are not analysts relating to facts and figures but people working in relation to real people seeing internal conflicts intensified by the hasty stereotypes of the mass media.

The Gulf News reported of the pride of the Greek diaspora in regards to the initial no vote, expats stirred by the esprit de corps, the dogged David performance whilst the EU turned in a stern Goliath – pushing the Greeks for all their worth. The referendum seemed to represent such a pivotal moment for the future of Greece that many were Greek nationals returned to vote, both yes and no.

One of Ancient Greece’s most enduring inventions is democracy and the showing in the referendum was an update on that. An anecdote (another word of Greek origin) was provided by Karl Mathiesen in The Guardian reporting of pioneering young Greeks were crowdsourcing their fare tickets to return to vote – possibly the most democratic process to perform the essential democratic act of voting.

However, the majority of the one million greeks living abroad were unable to vote and this has been met with dismay by some expats, epitomised by this excerpt,

It’s not a question of being a taxpayer or a Greek national; what if you are are a taxpayer but don’t actually reside in Greece? Diaspora should be given that right and decide whether to exercise it or not.

This is a tad idealistic in lieu of the circumstances that calls for rationality. I’d like to know who would pick up the administrative cost of the expat vote at this current strenuous time, I don’t think it would be fair to take €5 off the €60 daily limit imposed on Greek cash machines to cover postal fees.

The motive for returning to vote was an interesting mix of familial loyalties and political persuasions. The Guardian report of returnees looking to sustain trade flows with Europe as the Grexit would affect flows of all sorts of essential goods from foods to medications. Others seeing no drama in a return to the drachma, only the romantic freedom of being free of EU shackles.

I think we can assert affirmably that most voters who returned were well-off, either having interests in Europe to protect or the freedom to prioritise the cost of a last-minute flight for political reasons.

There were around one million greek expat votes that could have been cast and one wonders what impact it could have had? Logically, the votes would not have changed the outcome, but could another million campaigners and activists have swayed vast swathes? Who knows…

The relationship between Athens and Berlin, both in politics and the media, has hit new lows in recent months.

The truth is that the crisis has created a sense of fear and anxiety in the expat community who feel helpless and not fully aware of the situation in Greece. There is a measurable impotence that pervades in the available online content, a discernible worry found in Martina Stevis’ article:

When you’re living abroad and your country’s in the news to this extent, two things happen: one, it becomes a constant item of conversation; and two, you become a de facto ambassador, a defender, an expert, an apologist.

I can also add, from reading that quotation, that it doesn’t prohibit your ability to employ grammatical parentheses.

I feel there is a worry about authenticity also, of feeling the pain of those in Greece, bearing the brunt of the crisis. I term this Apocalypse Now syndrome, because ‘you-wasn’t-there-man!’ A lot of expats are fearing the unknown because they can’t experience the crisis for themselves, which is as much a source of relief as it is grief.

Now Tsipras has accepted a bailout deal and Greece looks on disillusionment hopefully can dissipate, salved by EU support and the hope that the Greek economy can turn around sooner rather than any later.

At The Expat Survey we define expatriate as any person of any nationality living outside of their country of origin for a combined total of more than 6 months in any 12 month period, on either a temporary or permanent basis.

Meet the criteria? Then the Survey is for you!

‘We are dedicated to the interconnectedness of business, client and customer; expat voices are unique but not always the loudest in this dialogue - our research can improve the conversation.’ - Emma Wood, Project Director

Cash Prizes, Amazon and Lebara Vouchers to be won.

This is all achieved without any of your details being passed on to any other party. The Survey is a committed expat-serving business, our Helpdesk providing a year round touchstone for expats in need of advice or support.

The Expat Survey is comprised of three sections that can be completed individually:

Migration and Lifestyle | Retail and Finance | Travel and Health 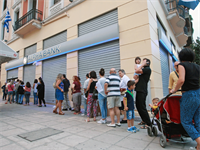