The Politics of Studying Abroad

The Expat Survey explores the approaches of different nations to tertiary education policy. 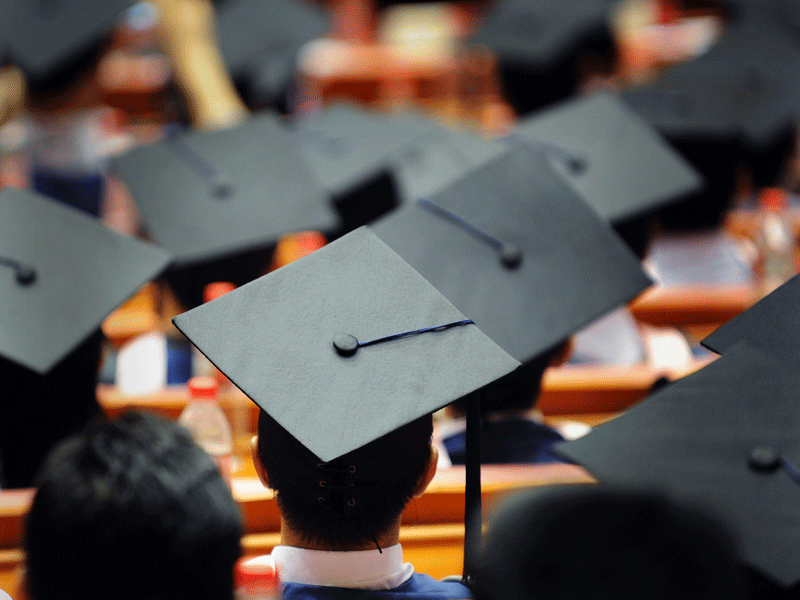 The last article in this series was dedicated to the student experience when experienced abroad. Their time is shown to be as enlightening as it is daunting, it ain’t easy.

Tina Quick, a specialist in third culture therapy has been quoted saying: ‘the same sad, familiar story over and over again: I don’t fit in here, I don’t belong, I can’t connect with anyone.’

I don’t think our findings exactly matched that of Quick’s, anecdotes have shown students are as likely to immerse and get involved as they are to disconnect. Maybe these aren’t mutually exclusive events – you can be an outsider in the thick of it, both engaged and confused simultaneously.

Without diving too deep into these psychological waters I wanted to move on through this article and look at the politics of studying abroad, politics that have become significant – an ICEF Monitor piece recorded that ‘the movement of students between countries is now a mass movement.’

As Canadians welcome in, Turkey encourages externalisation of study, The Daily Sabah reporting an €800m fund pledge to Erasmus programme and a push for 500,000 more Turkish students studying abroad in the next five years.

The Daily Beacon speaks of emigrated Chinese students. The student newspaper of the University of Tennessee reports that these students are consciously aware of the western business nouse they can take home. Nations that promote the emigration of students subscribe to the idea a western education is a better one, the reputation of Harvard has shaped the education of the Chinese middle class and it can be assumed Turkey’s commitment to Erasmus+ is an overt commitment to Europe too.

The UK, however, has taken a reproachable stance towards the growth of international students. Theresa May, the longest-serving Home Secretary in fifty years, and one more known for cracking down (as opposed to Roy Jenkins’ opening up) has warned of an impending tightening measures surrounding international students.

There are 450,000 students in the UK and May would not advocate a prolonging of their stay, counter to Canada who seems to have adroitly found use for them. May isn’t thought to be publically supported. The Independent reports of a Universities UK survey that 75% of the British public believe that international students should be allowed to stay beyond graduation.  Seems logical to plug the talent drain the UK could become, if you ask me.

A solution purported by International Students representative Jose Joaquin Diaz De Aguilar Puiggari, let’s call him ‘Joe’, is to exclude students from migration figures, excluding them from immigration discourse and assimilating them further with the student too.

The pressure to gain a quality, international standard education in China has compounded an infrastructure that has children training for university from primary school age. The lengths students go to secure an Ivy League degree is staggering, in 2014 the university preparation industry was valued at $550m and books, such as Harvard Girl, offering a guide for prospective students and parents have become bestsellers.

Open Door in 2014 reported of 274,000 Chinese students in the UK and Chinese overseas accounted for 31% international students in the USA. Australia are also cashing in on the Chinese coffer, eight in ten international students being Chinese. Chinese families and students plan from the beginning of high school with pupils taking four hours every other day and a whole Saturday to gain the perceived edge on other students worldwide. Western Education is adjudged to be more appealing – insights into western way of living and the utility of insights into western business models and working customs.

This means that China provides the most foreign students to the Western world. The well documented rise of the Chinese middle class have outgrown the Chinese education system and are willing to pay $30,000 per year for university in America. The Hurun Report’s findings state that four out of five of China’s wealthiest want to send their children abroad to study.

Studying abroad is not just a way of gaining a premium education – also, a way for Chinese and American students to understand globalised business, international practices and development. Due to this international study can be a boon for the individual’s job prospects.

Whilst Americans may be questioning the value of a degree, more and more Chinese students and families are putting an ever-increasing faith in the credentials of a US-stamp of higher education approval. This may be because they have an active economy to apply it to, China, to my knowledge, isn’t struck with the same liberal postmodern malaise that haunts arts and humanities faculties throughout the US and UK. Chinese students have a means for direct application of degrees in growing industries.

This influx doesn’t go unfelt – external students are creating internal competition for places. When students prepare this much it must raise the standard elsewhere and, perhaps a more cynical view of mine, students willing to pay greater fees will always be held in higher esteem by higher education institutions.

The politics of studying abroad

The experiences of studying abroad are just as varied as the policies that encourage or discourage it. Each nation, or rather government, using policy to to fit its own desires – Canada looking to gain high-skilled immigrants while the UK looks to curb immigration, counting international students as part of that figure.
Interesting to infer is the political motives for encouraging youthful populations to venture out and study abroad – to gain a working understanding of western business models or to develop international relations, as in the case of Turkey integrating with the rest of Europe. Providing higher education and the students capable of it is a marker of developed society, perhaps it is this that encourages the movement of students east to west. 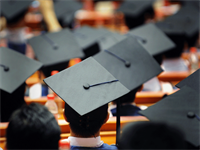