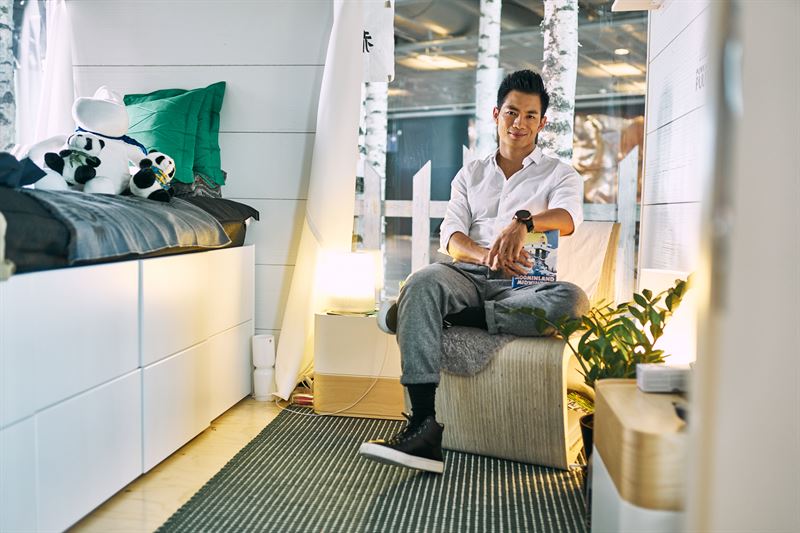 “We compete in international airport business, so it is important for us to set ourselves apart from others. #LIFEINHEL offered an excellent tool for this by being a globally unique campaign that interested people all over the world,” Finavia’s SVP, Director of Marketing and Communications Katja Siberg says.

In the #LIFEINHEL campaign, Chinese Ryan Zhu lived in an 8 square metre wood cabin at the Helsinki Airport gate area for 30 days in October 2017. The campaign was influenced by the Tom Hanks starred movie The Terminal, among other things. Ryan’s life was showcased daily on the lifeinhel.tv website and Finavia’s different social media channels in English and Chinese.

The multi-channel campaign was built from various elements of reality TV, game shows and social media. The campaign was executed for Finavia by TBWA\Helsinki, Dagmar and KLOK Creative Agency as well as Edelman Public Relations and WE Red Bridge.

“Receiving a lion for #LIFEINHEL is an incredible milestone. The campaign is a great example of what you can achieve with a customer who dares and trusts itself and its partners. This is proof of how to live a brand instead of just advertising,” Executive Creative Director Mikko Pietilä from TBWA\Helsinki explains.

“For us, #LIFEINHEL is also a window into what Helsinki Airport looks like for an international transfer passenger. It will help us develop airport operations, services and facilities further,” says Siberg.

Siberg is referring to Finavia’s Helsinki Airport development programme, worth a billion euro. With this programme, Helsinki Airport is preparing to provide services to more than 30 million passengers while maintaining customer satisfaction at a high level. Also, Finavia promises to keep the good customer experience up with the help of the feedback it received from #LIFEINHEL’s Ryan.

Helsinki Airport has been chosen as the best airport in Northern Europe and it offers exceptionally good flight connections: a total of 104 weekly flights to Asia and a total of 145 direct routes. Helsinki Airport is an especially pleasant transfer airport for Japanese and Chinese passengers.

Finavia provides and develops airport services with a focus on safety, customer-orientation and cost efficiency in Finland. Finavia’s comprehensive network of 21 airports enables international connections from Finland — and to areas throughout Finland. Helsinki Airport is the leading Northern European transit airport for long-haul traffic. In 2017, corporate revenue totalled MEUR 374 and the number of employees was 2,700. www.finavia.fi