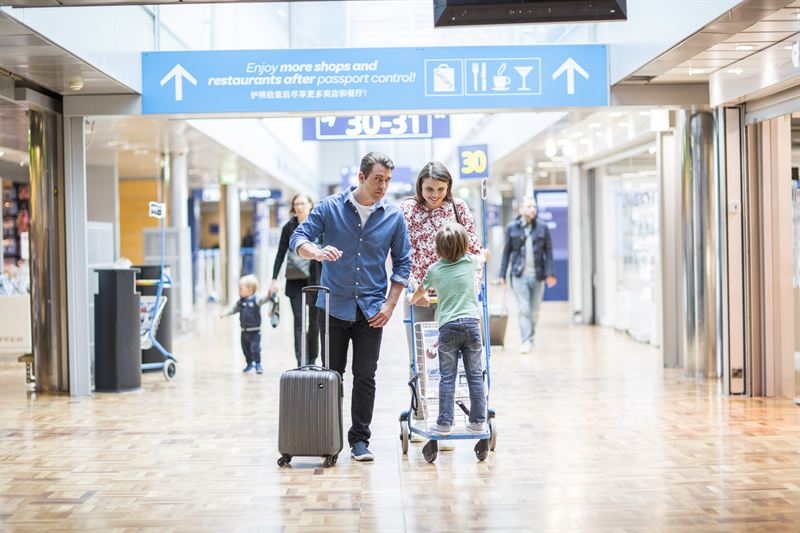 The number of passengers continued to grow in the third quarter of 2017, as expected. The total growth in the 21 airports operated by Finavia was 9.4%. International passenger volumes grew even more rapidly, by 12.7%. According to Finavia’s traffic statistics there were over 16.8 million passengers in its airports between January and September.

“Our passenger volumes continue to grow due to general positive development in the economy, Finnair’s strong growth especially in their Asian air traffic, improved passenger load factors, and Finland’s growing attraction as a travel destination. We also work tirelessly on acquiring new routes and airlines to our airports. Over the past year, we have gained new clients to the Helsinki Airport, including Qatar Airways, Transavia, Blue Air and Croatia Airlines. In addition, the Chinese airline Lucky Air will start operating in January,” says Joni Sundelin, Senior Vice President, Director of Airport Networks and Sales.

International passenger volumes grew in the third quarter both from Europe (+11.2% compared with Q3 2016) and elsewhere (+21.0%). The most significant destinations in Europe were Germany, Sweden and Spain, and in Asia, Japan and China.

“Summer is the busiest time of the year in European air travel. For example, passenger volumes between Helsinki and Amsterdam were up by 27% compared with the same period last year. This positive development has been facilitated by Norwegian’s and Transavia’s new operations, for instance. In addition, Tampere airport has seen a remarkable change in international passenger volumes [+30.7% compared with Q3 2016] – one of the reasons being the opening of Air Baltic’s route to Riga,” says Sundelin.

In the third quarter of 2017, there were 4.8 million international passengers, of which more than 660,000 were transfer passengers (+25.5% compared with Q3 2016). Although over 83% of the quarter’s traffic was European traffic, Asian traffic made already a tenth of the total traffic.

“Air travel is increasing in popularity, not only in Europe, but also elsewhere. We can see this especially well in the growing international transfer passenger volumes at Helsinki Airport. We have continuously broken records from quarter to quarter this year. For example, the growth of our Asian passenger volumes by 20% is due to both Finnair’s more frequent flights to Hong Kong [+46.1% compared with Q3 2016] and Tokyo [Japan +19.7 compared with Q3 2016], and to larger planes used by the airlines along with their improved passenger load factors,” says Sundelin.

In Oulu, the passenger volumes of the second largest airport in Finland decreased due to the runway renovation in the summer, and returned to their usual level only in September (-33.0% compared with Q3 2016). The impact of the renovation was also visible in the increased passenger volumes at Kemi-Tornio airport. On the other hand, the runway renovation at Rovaniemi airport last summer increased traffic volumes this year (+46.0% compared with Q3 2016).

Although the domestic passenger volumes of the third quarter decreased by 3.1% year-on-year, the volumes from the beginning of 2017 are still up by 0.7% compared with last year.

Finavia provides and develops airport services with focus on safety, customer-orientation and cost efficiency in Finland. Finavia’s comprehensive network of 21 airports enables international connections from Finland — and to different parts of Finland. Helsinki Airport is the leading Northern European transit airport for long-haul traffic. Revenues in 2016 were EUR 381 million, and the number of employees 1900. www.finavia.com