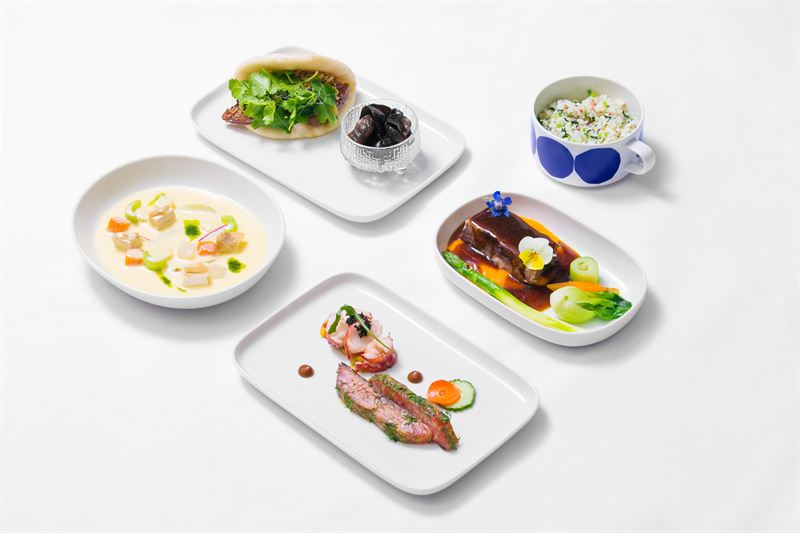 Finnair will also begin serving Finnish organic ice cream by Jymy in business class for all its intercontinental flights departing from Helsinki.

"With these new partnerships, we will bring the tastes and flavors of East and West directly to our business class experience," says Juha Järvinen, Chief Commercial Officer, Finnair. "We are also excited to launch our very first collaboration with a world-class chef from China. This partnership with Chef Steven Liu allows Finnair to offer a Nordic experience to our customers but with an eastern twist."

The Signature Menu by Steven Liu, who founded The Steven's Concept Ltd., will be served on Finnair's long-haul flights departing Beijing and Shanghai as of April 6, 2016. Other Chinese destinations will follow at a later date. Chef Steven's menu titled "When East Meets West" integrates Western and Eastern flavors with a new and modern style.

Steven Liu has made a remarkable career in Asia and in Europe. His dishes have been served in the tables of distinguished establishments such as The Savoy and The Dorchester in London as well as in the "Le Cordon Bleu" network. Chef Steven is the Culinary Ambassador of Le Cordon Bleu in Greater China; Culinary Director of the Top Chefs Challenge Reality Show on CCTV-2; Culinary Judge of Master Chef China on Dragon TV and Master Chef Celebrity China on Jiangsu Broadcasting Corporation.

Finnair's Signature Menu cooperation with Sasu Laukkonen will bring the best of Nordic cuisine to long-haul business class customers flying out of Helsinki as of April 6, 2016. Recognized by some of the world's most prominent food critics, Sasu Laukkonen's cuisine is ambitious, pure in taste and close to the Chef's Nordic roots. His background includes over 15 years in the cuisine business and he is currently the Chef/Partner for Chef & Sommelier, a Helsinki restaurant he opened in October 2010. Laukkonen's restaurant, which has been awarded one Michelin star every year since 2014, offers a hand-made cuisine experience in a relaxed atmosphere and focuses on organic and wild produce as well as natural and fair-trade ingredients.

In addition to the new Signature Menus, Finnair will introduce organic Jymy ice cream from Finland in business class for all its long-haul flights departing Helsinki as of April 6, 2016. Jymy has fast become one of Finland's breakout companies in the food industry in recent years, using only organic milk, berries and ingredients in its ice cream. The company's factory is located in the town of Aura, Western Finland, and is situated only a few kilometers away from the organic dairy farm which produces the milk used in its products.

"The importance of high-quality meals in conjunction with the overall passenger experience on our flights cannot be overstated," says Maarit Keränen, Head of In-flight Service, Finnair. "When selecting these new partnerships, it was important for us to listen to our customer feedback and to stay true to our principles of quality, creativity and freshness."

Finnair began its Signature Menu cooperation program in 2013 and has worked with top Finnish chefs in creating a series of signature menus for Finnair's long-haul flights. Last February, Finnair unveiled its latest signature dishes in cooperation with Executive Chef Jaakko Sorsa for the Hong Kong-Helsinki business class service. The partnership was Finnair's first collaboration with an Asian-based chef as well as the first designed for a specific long-haul route.

Images of the new Signature Menu chefs and their meals are available at the Finnair Gallery.

About Finnair
Finnair flies between Asia, Europe and North America with an emphasis on fast connections via Helsinki, carrying more than ten million passengers annually and connecting 17 cities in Asia with more than 60 destinations in Europe. The airline, a pioneer in sustainable flying, is the European launch customer of the next-generation, eco-smart Airbus A350 XWB aircraft and is the first airline listed in the Leadership Index of the worldwide Carbon Disclosure Project. The only Nordic carrier with a 4-star Skytrax ranking, Finnair has also won the World Airline Award for Best Airline Northern Europe for the past six years running. Finnair is a member of oneworld, the alliance of the world's leading airlines committed to providing the highest level of service and convenience to frequent international travellers.

Finnair is specialised in flying between Europe and Asia via Helsinki. Finnair's strategy is based on the growing markets in Asia, the fastest connections between Europe and Asia, high-quality service, and cost-efficient, punctual operations. Founded in 1923, Finnair is one of the world's oldest continuously operating airlines. It is a member of oneworld, the leading airline alliance for quality-conscious business travelers. 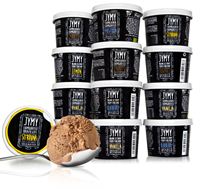 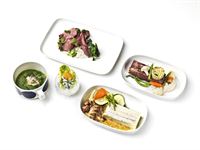 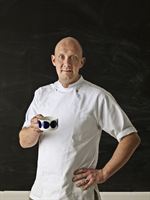