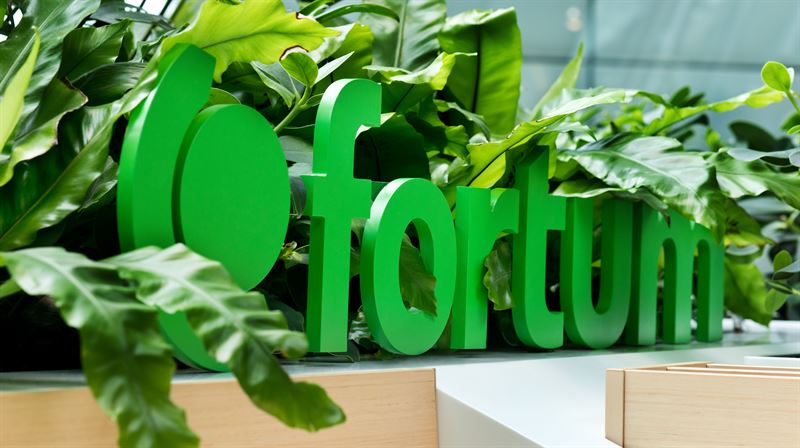 As part of the Fortum Group’s strategy update in December 2020, Fortum and its subsidiary Uniper announced they are targeting significant cooperation benefits in areas such as Nordic hydropower and physical optimisation, solar and wind development in Europe, as well as hydrogen. While strategy execution in these areas is now underway, Fortum believes more benefits can be realised and achieved faster within the current set-up through deeper integration across Fortum Group’s and Uniper’s functions and businesses.

“In a highly competitive landscape and in the middle of the energy transition, we need to act decisively, efficiently, and fast in executing our Group strategy. While we have been making some progress with Uniper, I believe we can and need to do more to deliver both the agreed and additional cooperation benefits and to create value for both companies and the whole Group. As such, we will now start taking concrete steps towards working in a much more integrated manner in our operations,” said Markus Rauramo, President and CEO of Fortum.

Fortum confirms its commitment not to undertake a DPLTA (Domination and Profit and Loss Transfer Agreement) with Uniper or a squeeze-out until the end of 2021. No decision has been taken for the time thereafter.

Uniper CEO and CFO step down

Fortum is convinced that the next phase in Uniper’s development as an integral part of the Fortum Group requires different leadership with a strong focus on joint value creation and more integrated strategy execution. Consequently, Uniper’s Supervisory Board, Uniper CEO Andreas Schierenbeck and CFO Sascha Bibert have jointly concluded that both senior executives will step down from their positions with immediate effect.

“Andreas Schierenbeck and Sascha Bibert have successfully steered Uniper through a challenging environment over the past 22 months, and under their stewardship, Uniper has achieved solid financial results. I would like to thank Andreas especially for his contribution during the strategy alignment process in the past year and Sascha for his efforts in the financial consolidation of Uniper into Fortum Group,” Markus Rauramo said.

Klaus-Dieter Maubach will take over as the new CEO of Uniper. He brings decades of experience in the German and European energy industries. Having served as Uniper’s Supervisory Board Chair and a Board member of the Fortum Group, he is familiar with both organisations. This puts him in an ideal position to drive strategy execution and value creation at Uniper as part  of the Fortum Group. He has accordingly stepped down from the Board of Directors of Fortum Group. He will also step down from the Uniper Supervisory Board immediately after the Uniper Annual General Meeting (AGM) on 19 May 2021. Until then, he has been delegated by the Uniper Supervisory Board into the Management Board as CEO. The delegation is effective immediately and during its duration Mr Maubach will not participate in the Supervisory Board work.

Tiina Tuomela will take over as the new CFO of Uniper. She has extensive experience from various senior finance and business leadership roles, has led Fortum’s Generation division since 2016 and served on the Fortum Executive Management team since 2014. Since 2020, she has served on the Uniper Supervisory Board from which she will step down immediately after the Uniper AGM. Until then, she has been delegated by the Uniper Supervisory Board into the Management Board as CFO. The delegation is effective immediately and during its duration Ms Tuomela will not participate in the Supervisory Board work. Tiina Tuomela has stepped down from her executive position at Fortum.

“Klaus-Dieter Maubach is the right person to accelerate strategy execution at Uniper. We are confident that together with the new senior team of Tiina Tuomela, David Bryson, and Niek den Hollander, he will continue Uniper’s strong performance and will fully utilise the expertise of both Uniper and Fortum organisations to capture the full value creation potential”, said Markus Rauramo. “Going forward, these will be working more closely together, selecting the best practices from both organisations. When we fully leverage our combined strengths, our common values, and our joint passion for clean energy, we are perfectly positioned to drive the energy transition in and for Europe,” Markus Rauramo emphasised.

“I look forward to working together with Tiina, David, and Niek and engaging the employees of Uniper on our common journey ahead”, said Klaus-Dieter Maubach.” As part of Fortum Group, we have a clear strategy. Our targets have not changed, but we need to look constantly for new opportunities for value creation in the fast-changing operating environment. We will therefore not only continue but accelerate Uniper’s transformation.”

Changes to the Supervisory Board of Uniper

Given the importance of Uniper to the Fortum Group and the desire to drive groupwide strategy execution consistently, Markus Rauramo has been elected as Chair of the Uniper Supervisory Board.

With Klaus-Dieter Maubach and Tiina Tuomela set to leave the Uniper Supervisory Board, new candidates will be nominated for election at the Uniper AGM. Uniper will announce the names of the candidates in the invitation to the AGM. Bernhard Günther, who was previously one of two independent members, will continue to serve on the Uniper Supervisory Board representing the Fortum Group. He has been Fortum Group’s CFO from 1 February 2021.

Prof. Dr Klaus-Dieter Maubach has been Chairman of the Supervisory Board of Uniper since 2020. He has also been on the Board of Directors of Fortum since 2018. He is a recognised energy expert and has worked for many years as an independent consultant and investor, specifically in the field of energy supply and energy transition. He also has many years of top management experience. In 2001 he was appointed to the board of E.ON Avacon AG, which he later chaired. From 2006, Maubach was responsible for electricity and gas networks at E.ON Energie AG as a member of the Management Board. Later he led the company’s Management Board. In 2010 he was appointed to the Group Board of E.ON SE as Chief Technology Officer (CTO).

Tiina Tuomela has been Fortum’s Executive Vice President responsible for Nordic power generation (Generation) since 2016, having joined Fortum’s Executive Management in 2014. She originally joined Fortum in 1990, and has previously led Fortum’s Nuclear and Thermal Power Division as well as held several financial and managerial positions. In 2020, Tiina Tuomela was elected as a member of the Uniper Supervisory Board. In addition, she is a member of the Board of Directors of the Finnish technology company Wärtsilä and construction company YIT.

Fortum is a European energy company with activities in more than 40 countries. We provide our customers with electricity, gas, heating and cooling as well as smart solutions to improve resource efficiency. Together with our subsidiary Uniper, we are the third largest producer of CO2-free electricity in Europe. Close to 20,000 professionals and a combined balance sheet of approximately EUR 60 billion, we have the scale, competence and resources to grow and to drive the energy transition forward. Fortum's share is listed on Nasdaq Helsinki and Uniper's share on the Frankfurt Stock Exchange. www.fortum.com