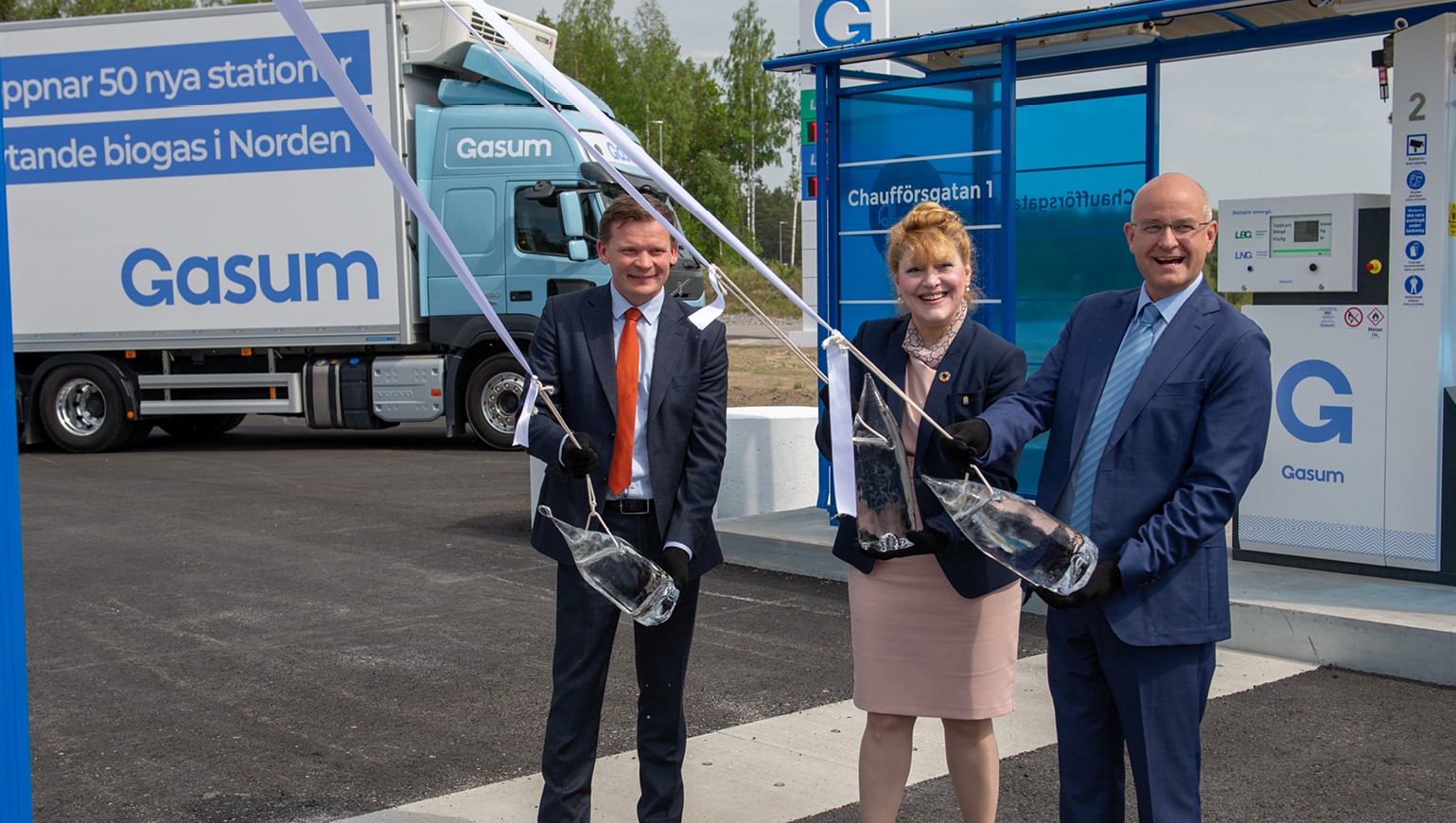 Monday saw the opening of Gasum’s first filling station with liquefied natural gas and biogas in Sweden. The number of filling stations is now set to greatly increase in Sweden in the coming year.

Alternatives to diesel are increasing in popularity on the fuel market as carbon dioxide emissions need to be reduced in Sweden and Europe. Several fuel companies are now investing in liquefied natural gas and biogas, thus planning to build many stations in the near future. One of them, Gasum, opened their first station in Sweden on Monday. It is their next step towards the 50 stations Gasum has planned in the Nordic countries. The new network of stations is a necessity in the transition to cleaner fuels for heavy-duty vehicles. Gasum has four filling stations for heavy-duty vehicles in Finland already.

“The climate issue is best solved together. It is good that other fuel companies join forces in order to switch from diesel to liquefied gas for heavy-duty vehicles. Simultaneously, the climate issue is stretching across borders, Gasum is therefore now building a network of stations that will cover all the Nordic countries,” says Mikael Antonsson, Director Traffic Sweden, Gasum.

The filling station with liquefied natural gas and biogas that was opened in Västerås on Monday is the first of its kind in Västmanland County, Sweden. The station has been identified as an environmentally sustainable investments and therefore been partially financed through the government’s Klimatklivet (climate investment program).

“The investment in a station here in Västerås will contribute to an increased energy supply and thereby benefit the local economy. At the same time, it contributes to sustainable transportations in the county,” says Minoo Akhtarzand, County Governor of Västmanland.
The Nordic energy company Gasum is one of the biggest producers of biogas in the Nordic countries and already owns a biogas production facility in Västerås together with local farmers.

“Now when the station is opened in Västerås, we can help the local haulage companies improve their competitiveness through lowering their fuel costs while reducing their emissions of carbon dioxide, nitrogen oxide and small particles,” continues Mikael.

Earlier this year, the European Union (EU) presented new emission reduction standards. According to the new regulations, carbon dioxide emissions from heavy-duty vehicles are to be reduced by 30 percent by 2030.  (Source: Europa.eu)

Sweden has a national target to reduce carbon dioxide emissions from domestic traffic by at least 70 percent by 2030. (Source: Regeringen.se)