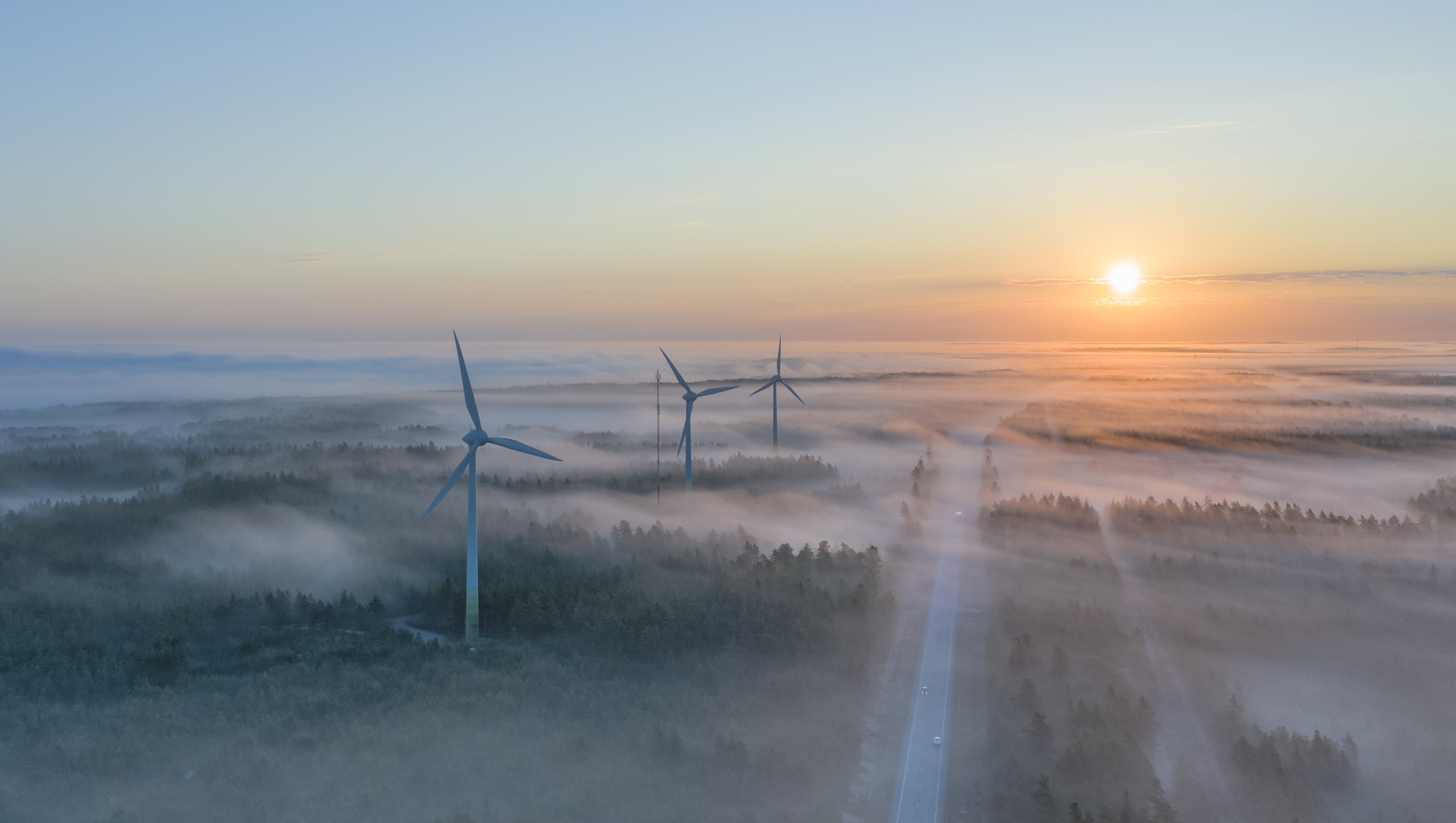 Gasum will supply K Group with an annual amount of around 50 GWh of power produced by a wind farm under construction in North Ostrobothnia signed agreement starting in 2023. K Group is increasing its purchases of Finnish wind power.

Gasum will supply K Group with an annual amount of around 50 GWh of power produced by a wind farm under construction in North Ostrobotnia. The amount to be supplied, around 50 GWh a year, is equivalent to the electricity consumption of Kesko’s entire building and technical trade and car trade divisions.

K Group is aiming to reach carbon neutrality and is constantly pursuing new ways to cut emissions. Since 2017, all the electricity purchased by K Group company company Ankkuri-Energia for stores and other Kesko properties in Finland has been produced with renewable energy, either hydropower or bioenergy.

“We have long worked with K Group. Wind power has a key role in the transition to a cleaner future. We want to provide the most comprehensive services on the energy market to meet the needs of our partners and through our services help companies to reach their environmental goals faster,” says Tommy Mattila, Vice President, Industry at Gasum.

Annual wind power production in Finland is forecast to double from a current level of 8 TWh to 16 TWh by 2024 (source: Finnish Wind Power Association).

K Group aims to become carbon neutral by 2025. The company will systematically reduce emissions to reach zero emissions from its own operations and transports by 2030. Emissions will be reduced by increasing the use of renewable energy and by improving energy efficiency. K Group is also encouraging its suppliers, the whole supply chain and customers to also reduce emissions. The goal is to set reduction targets for two thirds of Kesko’s direct supplier emissions by 2025.

Kesko and K-retailers together form K Group, whose retail sales total €14 billion. K Group is the third biggest retail operator in Northern Europe and it employs some 39,000 people. Kesko operates in the grocery trade, building and technical trade, and car trade. Its divisions and chains act in close cooperation with retailer entrepreneurs and other partners. Kesko's net sales total €11 billion and it employs approximately 18,000 people. Kesko has around 1,800 stores engaged in chain operations in Finland, Sweden, Norway, Estonia, Latvia, Lithuania and Poland. Kesko’s shares are listed on Nasdaq Helsinki. The company's domicile and main premises are located in Helsinki. Kesko is the world's most sustainable grocery trade sector company (The Global 100 Most Sustainable Corporations in the World). www.kesko.fi