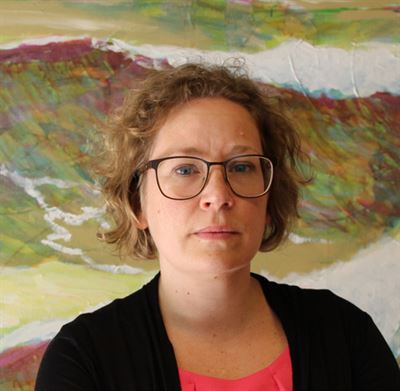 She was called “grandma” and considered the epitome of “the Scandinavian race”. Research from the University of Gothenburg shows how Spanish newspaper described Selma Lagerlöf after she received the Nobel Prize in 1909.

It was in conjunction with Selma Lagerlöf receiving the Nobel Prize that she became known to the Spanish public and began to be reviewed in papers there. Literary scholar Jenny Bergenmar has studied how the Spanish press, primarily cultural publications, wrote about Lagerlöf during this time.

A great deal is about the depiction of Nordic life: about the Nordic landscape, climate and people.

“Culturally speaking, Scandinavians were perceived to be hardened by the climate, not as refined, but very natural and primal,” says Jenny Bergenmar.

The perception of what is traditionally Swedish and Nordic emerges in the Spanish papers, but it is also about Lagerlöf as a person.

“She is depicted as humble, living a secluded life and not aspiring to fame. She lives in the area where she grew up and has a great love for it. In some contexts she is referred to as ‘abuela’, meaning ‘grandma’.”

Here, Selma Lagerlöf becomes a representative of something authentic and traditional. Her writing is seen as retrospective rather than innovative.

“In a Nobel portrait from 1910, among all of the paintings of men in suits, Lagerlöf is presented with a photograph in which she and her mother are sitting outside of their home in Falun. She is not depicted as a dangerous, new, intellectual woman, but rather as humble and motherly.”

At the same time, she is associated with other successful women, for example when in 1914 she is appointed to the Swedish Academy. At this point she became an argument for allowing Spanish women to make a career.

“As a female author in particular, she is seen as progressive, even if her literature was seen to be inspired by old legends and oral traditions.”

One aspect of the material surprises Jenny Bergenmar, namely that the Spanish papers often discuss the matter of race.

“They talk a great deal about race; ‘la rasa escandinava’, and view Lagerlöf as a person who epitomises the characteristics of this race, making strong connections to her home and the countryside. In Sweden, she is connected with the nation and not to a race.

Selma Lagerlöf never became widely known in Spain. In all likelihood, she was read primarily by authors and other parties with a particular interest in literature.

“However, we know that The Wonderful Adventures of Nils has been used as literature in Spanish schools. But this doesn’t compare to Germany, where she was a very popular author. Germany is closer to Sweden geographically, and the distance to southern European countries with Romanic languages is greater in more ways than one.

University of Gothenburg is one of the major universities in Europe, with about 37 800 students and a staff of 6 200. Its eight faculties offer training in the Creative Arts, Social Sciences, Natural Sciences, Humanities, Education, Information Technology, Business, Economics and Law, and Health Sciences. The University’s unique breadth in education and research provides an interdisciplinary environment conducive to collaboration with private enterprise and public institutions. The quality of the University has earned recognition in the form of numerous awards, including a Nobel Prize, and a steady stream of applicants at all levels. 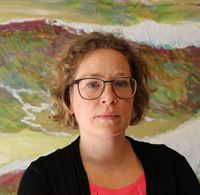